Just chatting through is an intervention I realized for the Milestone project which is an urban art festival that takes place in Girona (Catalunya). To me, the purpose of art is to transmit emotions. When you work in the streets, there are so many informations around that you need to be catchy if you want to establish a connexion with the public. In that case, I couldn’t find anything better to create an immediate dialogue with the citizens than the emojis. I decided to create short messages by adding emojis together which is a very common thing to do on our cellphones nowadays and it can be interpreted by everybody as it has became a universal language. Plus, I love the contrast between virtuality and reality, the virtuality being our shiny cellphone screen  compared to the roughness of the cement. I worked on the floor because that’s mostly what we watch when we are walking around chatting on our phones. 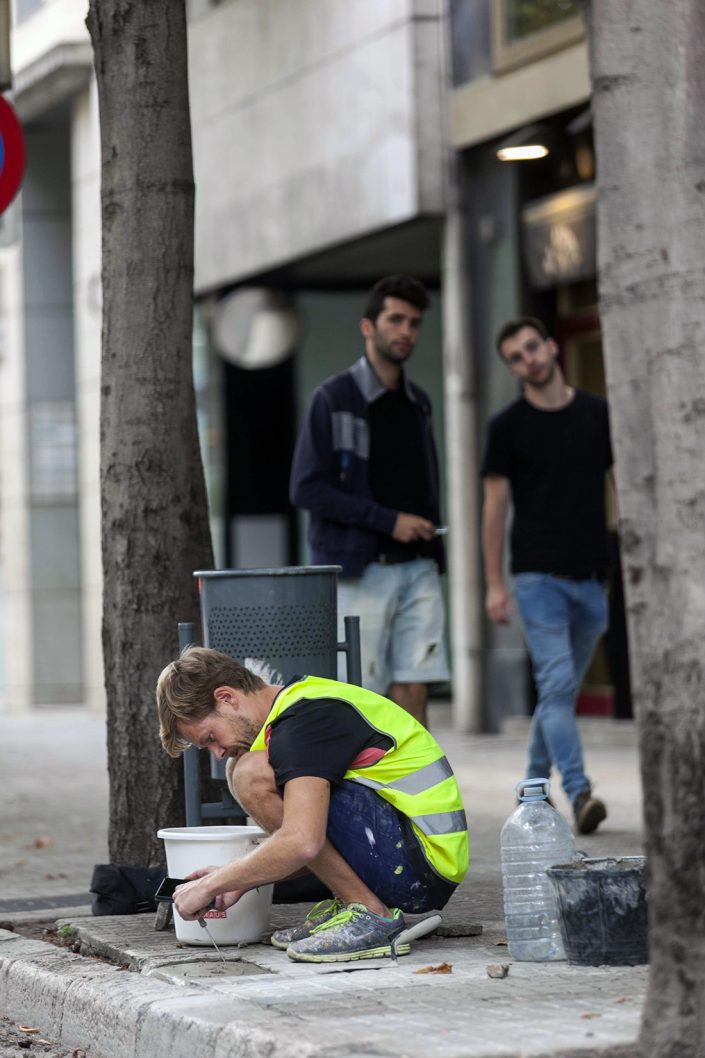 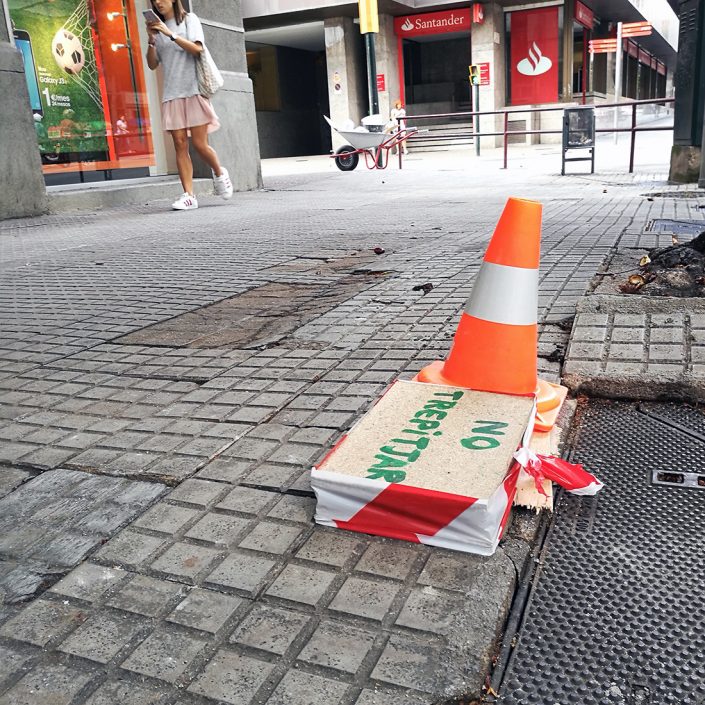 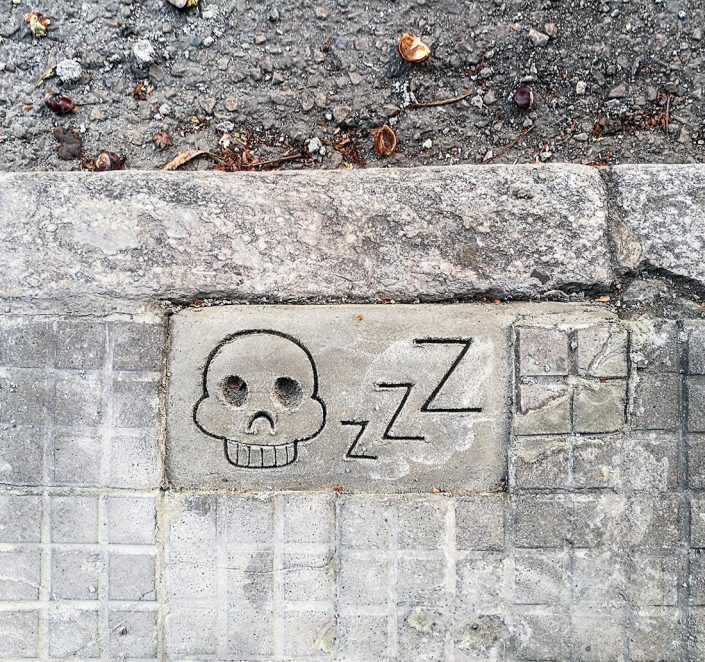 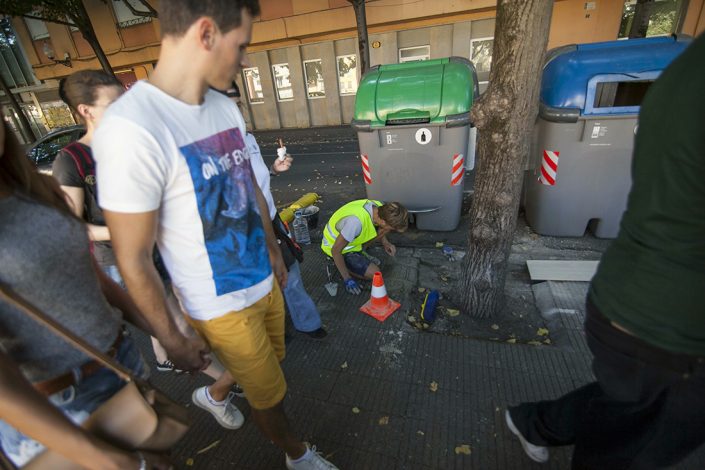 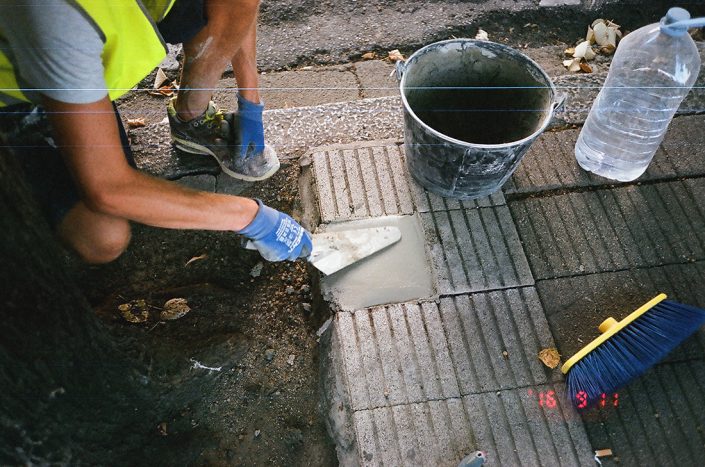 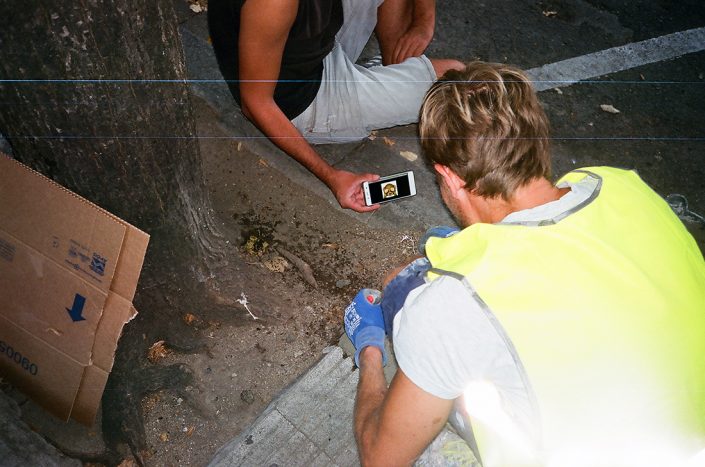 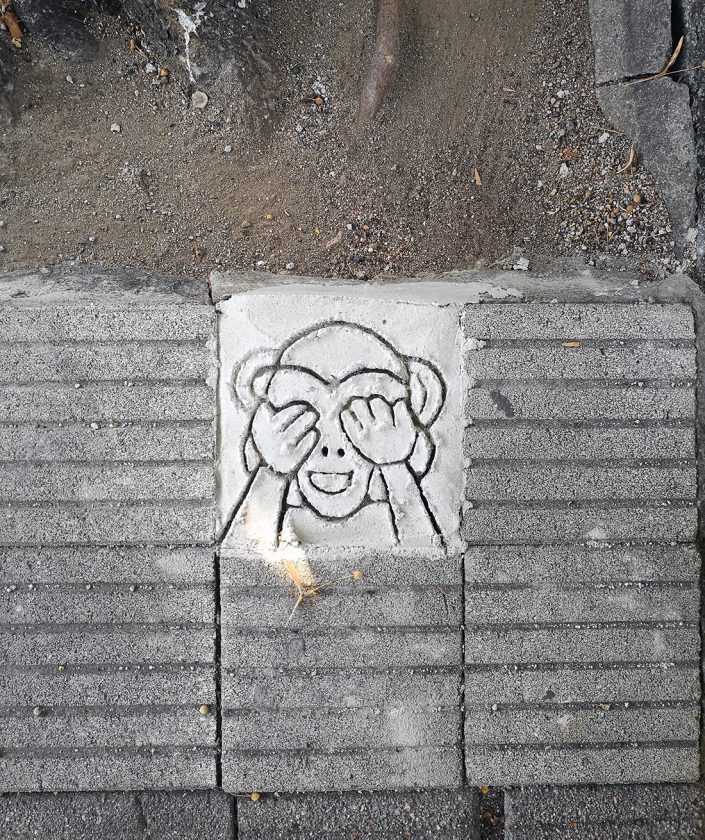 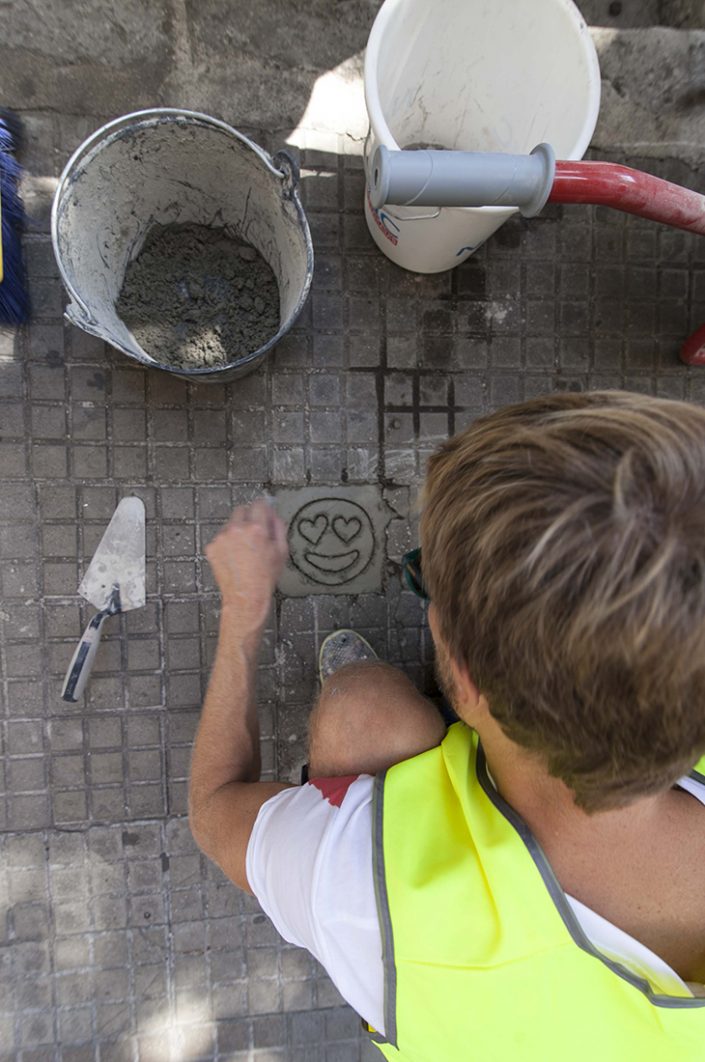 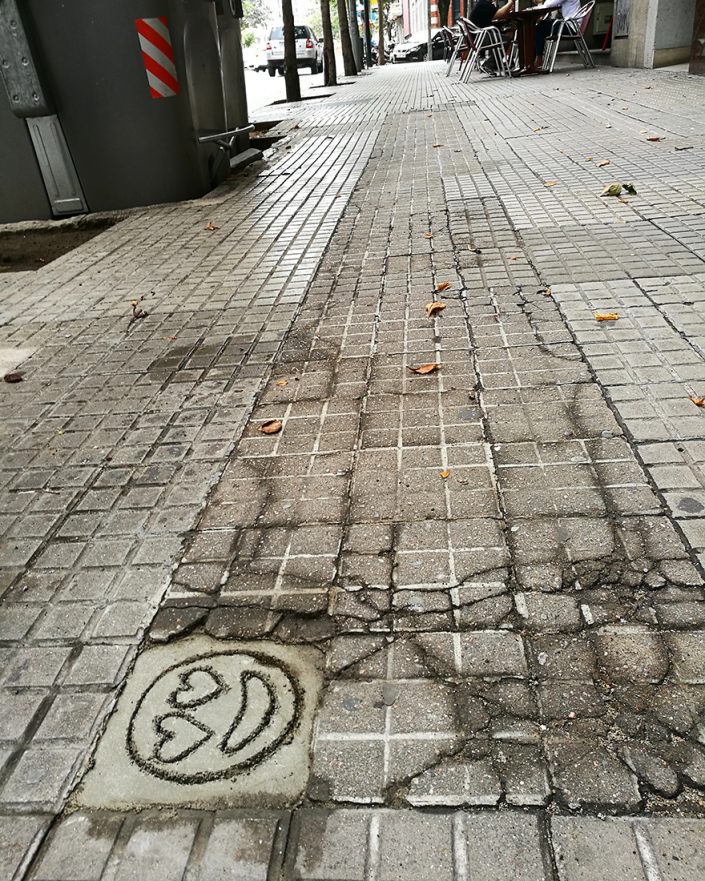 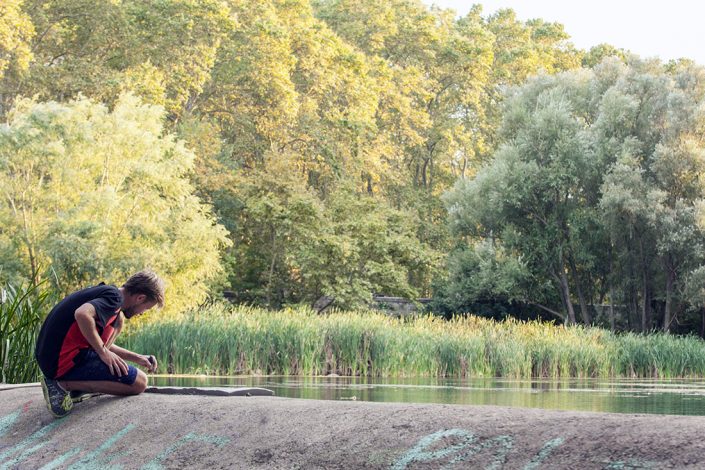 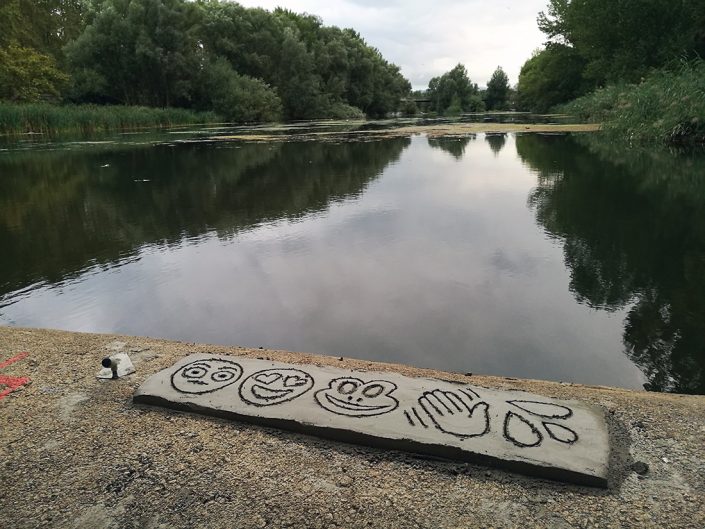 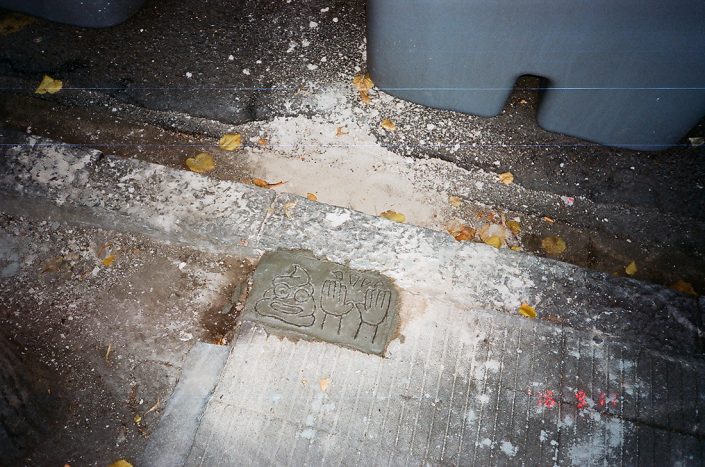 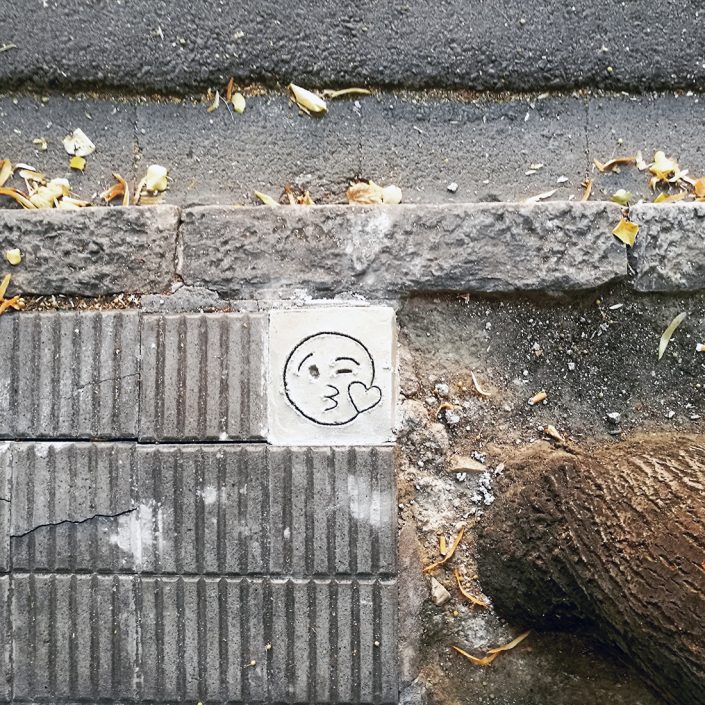 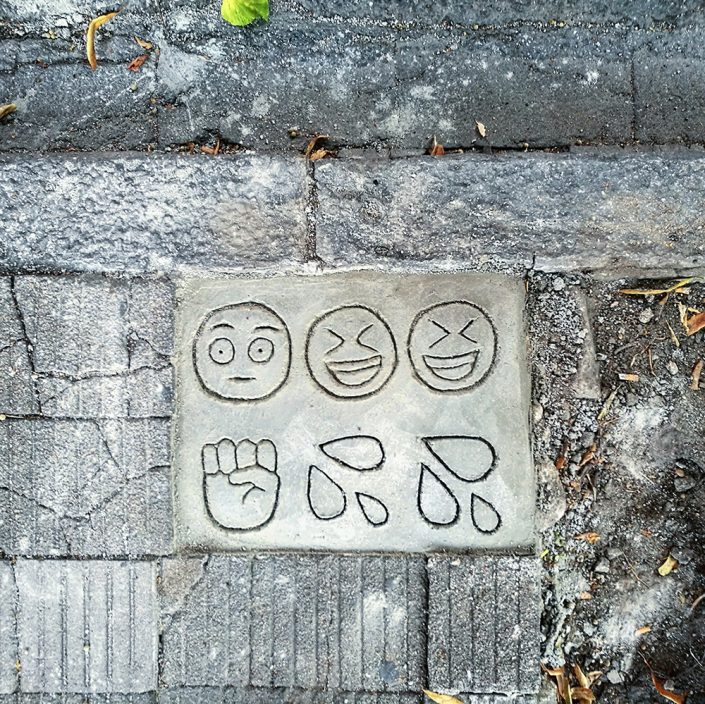 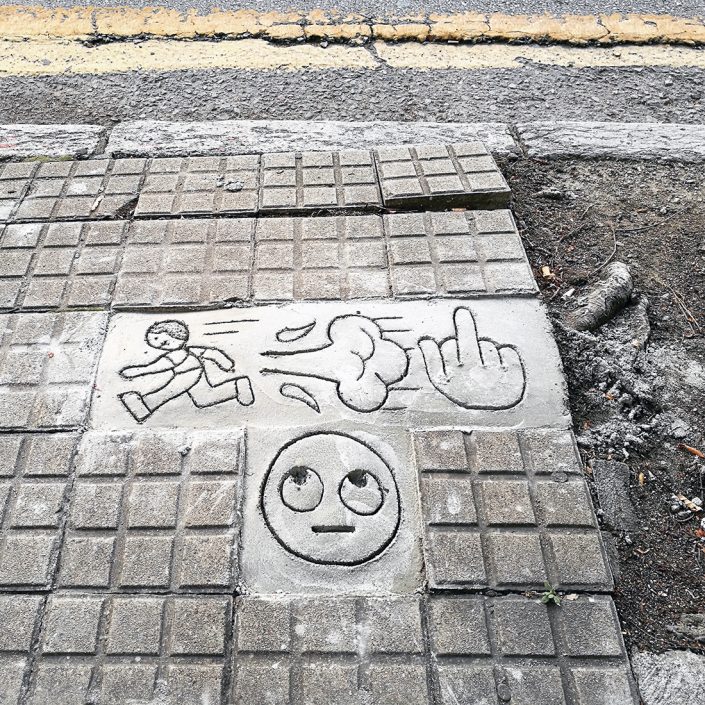 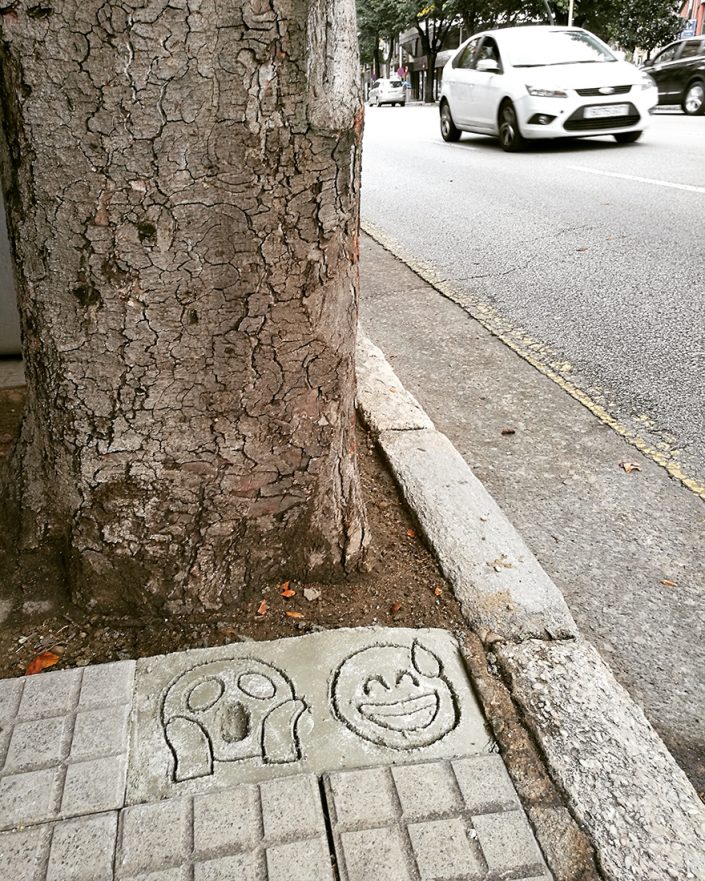 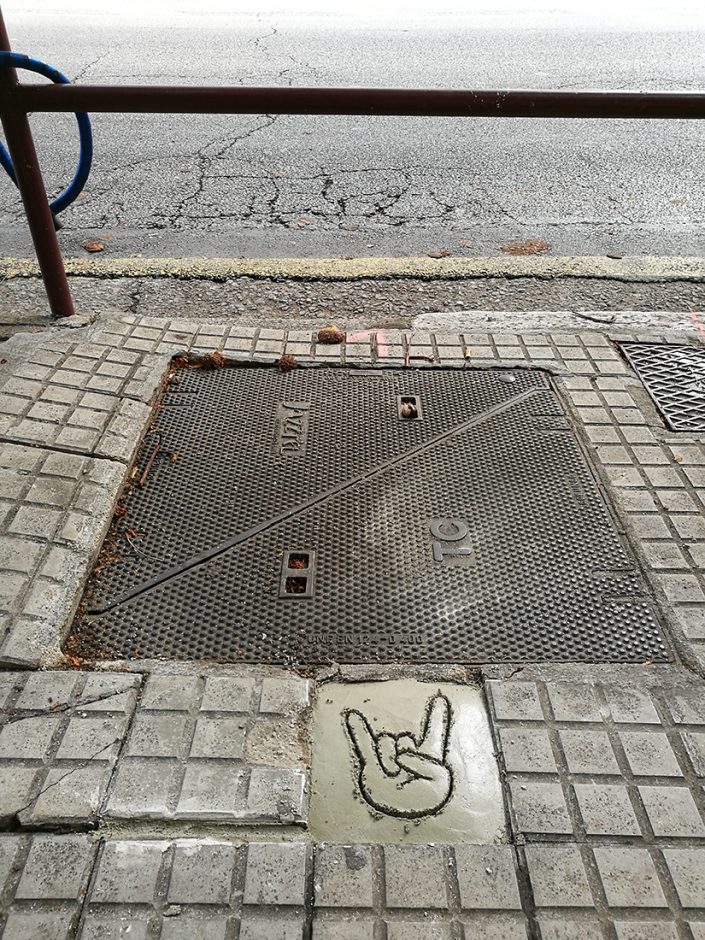 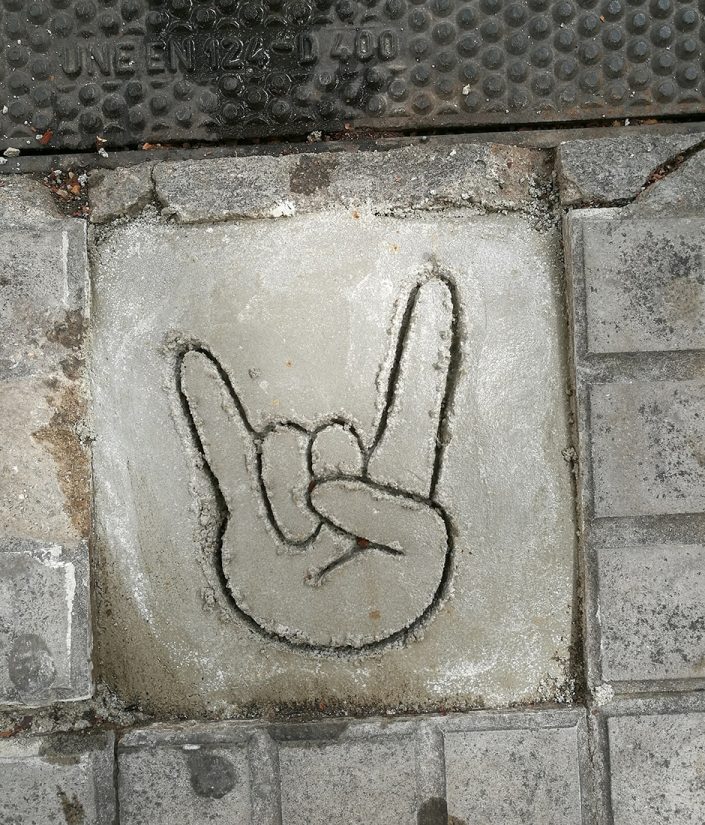 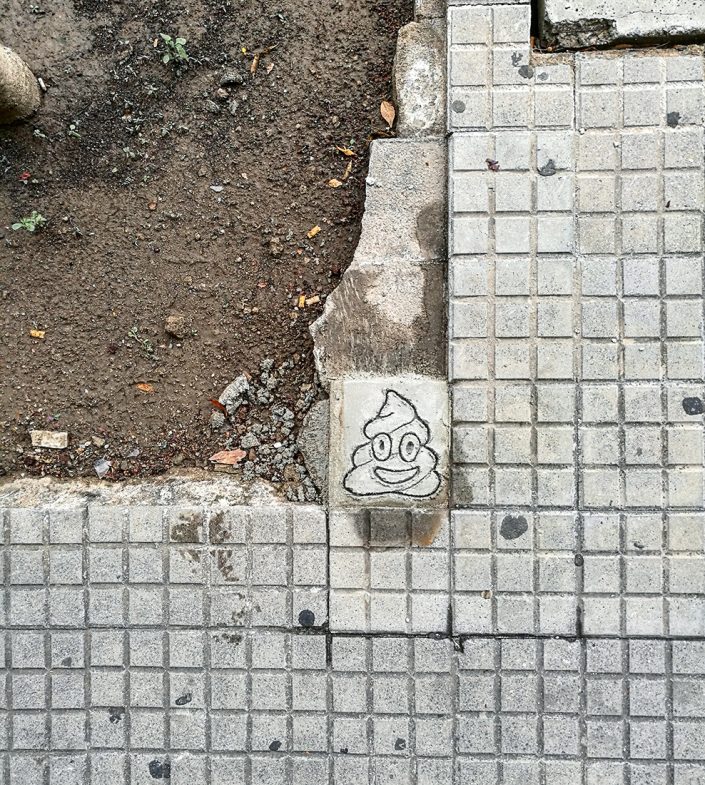 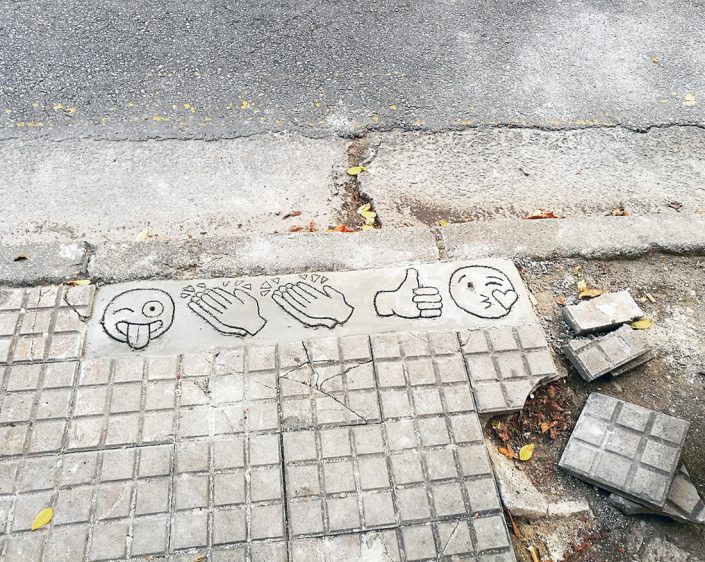 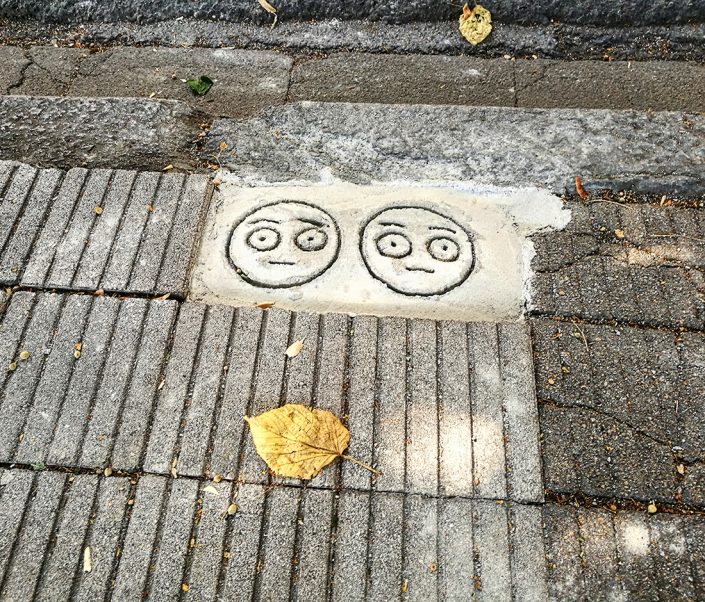 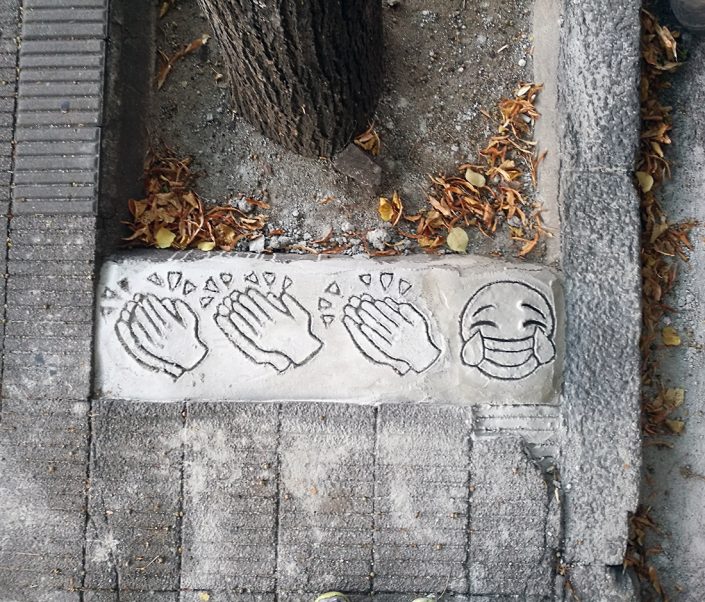 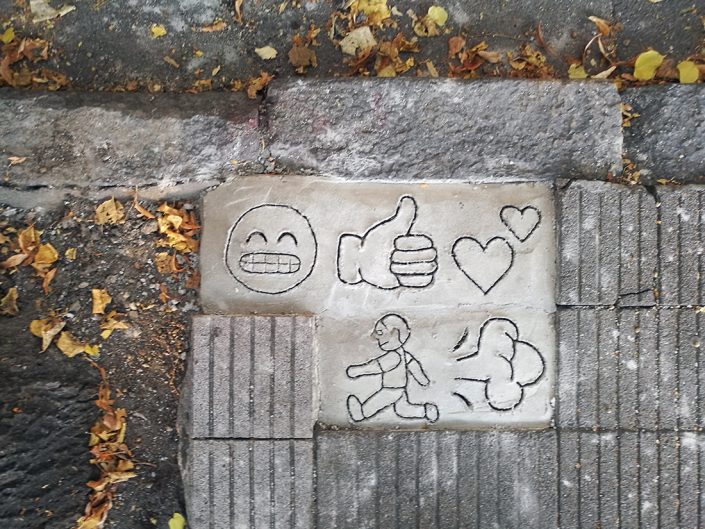 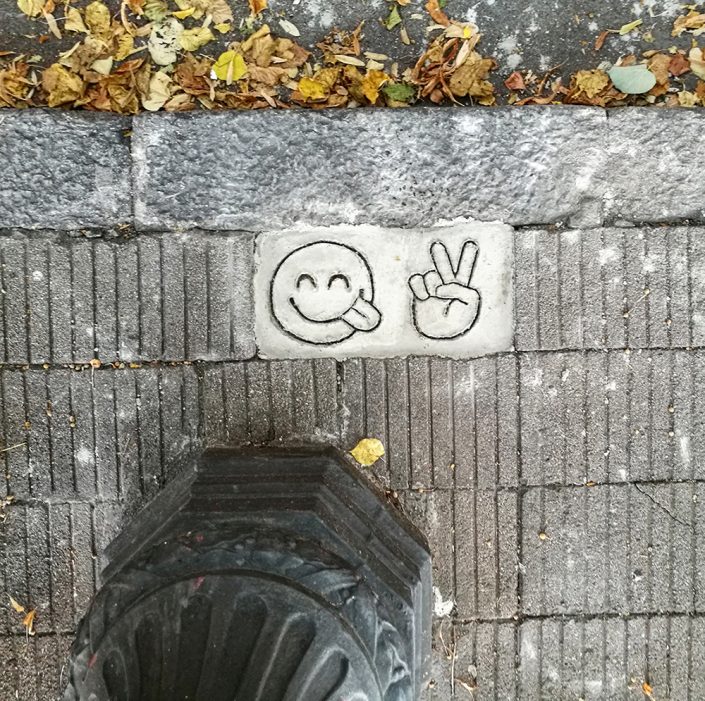 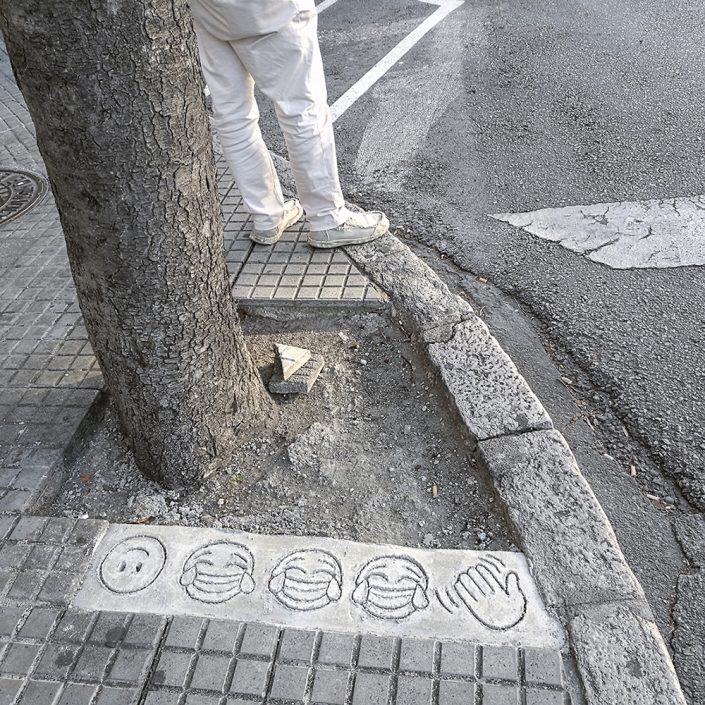