Beach Life, Lambert’s second solo show at Delimbo Gallery, displays this looseness and vibrancy precisely, his imagination untethered, his passions liberated. Focused on what has now been his home for over 5 years, the volcanic island of Tenerife, the exhibition is an ode to this paradise isle, to the sea, to the mountains, to the inhabitants of the land he is now permanently intertwined with.

This change in scenery, from the landlocked urbanity of Madrid to the literal insularity of island life, has, naturally, provoked a change in Lambert’s practice too. Whilst in Madrid he was painting, as he says, “to tell stories, to talk about politics, to focus on a specific theme underneath the formal content of the work”, in Tenerife his close proximity to nature, to its equivalent intensity and beauty, began to overtake and overwhelm this previous position: “I’m more focused on contemplation now” he says, “contemplating what actually exists around me. It’s all about returning my focus to the truth in the everyday, because I really believe that what I have around me here is worthy of being thought deeply about, really considered and contemplated and painted”.

As such, the various works featured in Beach Life can be separated into two broad categories; the first, a set of more representative works (as can be seen in the ceramics and felt collages in particular) that follow the more fantastical style of his alter-ego 3TTMan; the second, a set of more classical landscapes or ‘scene paintings’ (as can be seen especially in the five canvases that make up his Paisages series) which are direct interpretations of the lived reality that surrounds him. This is a style of production which, one could say, leans more heavily on his primary rather than alter ego, on his self as Louis Lambert. The Paisages thus focus on the vernacular life of Tenerife, the landscapes one may not necessarily imagine of when thinking of the island. From Vanessa and Thelma working in the banana fields adjacent to Lambert’s studio to local street scenes from Calle Traviesas, the series places the environment through his visual prism, a tribute to “the beauty of things if you know how to look through them (and look after them)”. Make no mistake, however, this new series was a risk for Lambert, not only working on a theme that is somewhat unfashionable (scene paintings definitely not à la mode) but pushing himself to find a new style outside of his traditional oeuvre. The heavily, densely layered scenes that he has produced, the works sprayed and over sprayed (and taking over a year to come to full fruition), thus take full advantage of the accidents and mistakes that grow out of them. They let the background seep through, showing the something else that always lies beneath the surface. Moreover, for Lambert, they show that even with the desperate desire for the new that our contemporary world is enraptured by, the constant desire for the latest and the most innovative, sometimes it is what already surrounds us that is the most magical, the most potent, the most rich.

Alongside this body of work however, Beach Life also incorporates the fantastical exuberance we have come to expect from Lambert, the imaginative output of his ceramics, his paintings and collages, the output completed in his colourful, carefree, perfectly naive manner. These all focus on the pure happiness, the unpretentiousness, the weirdness of beach life. Sand-castles and super-soakers. Fruit salads and super-heroes. Flying dolphins, exploding volcanoes and, of course, sex on the beach. Yet as an entire set, the fantasy and reality, the inventions and representations come together to form a twofold love letter to Tenerife, to both its everyday and extraordinary potentials. They come together to show exactly what Lambert is all about: looseness, love, and a lust for life. 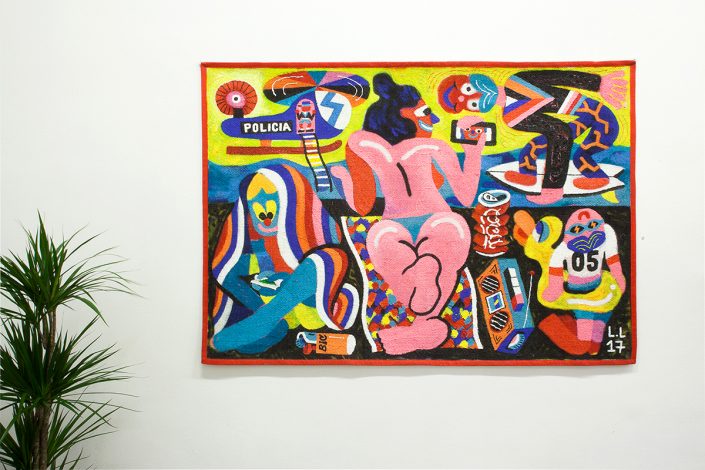 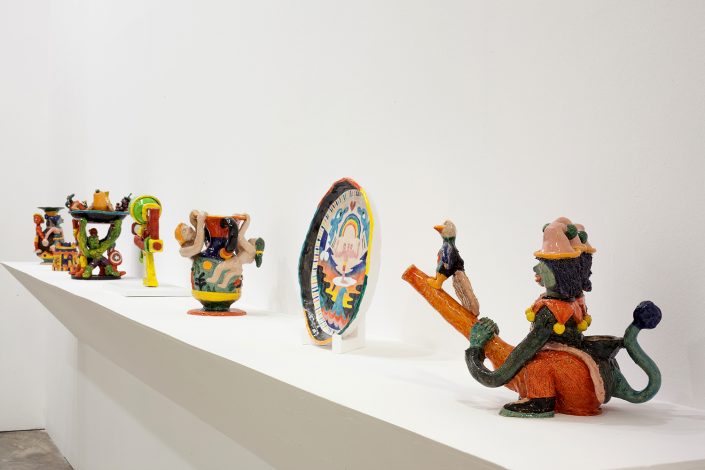 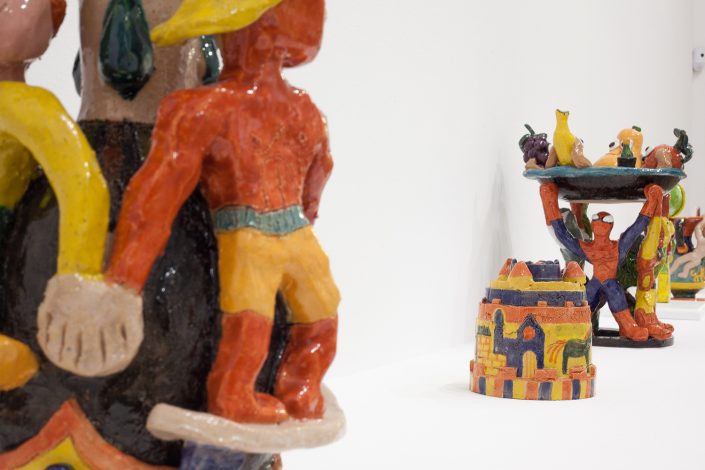 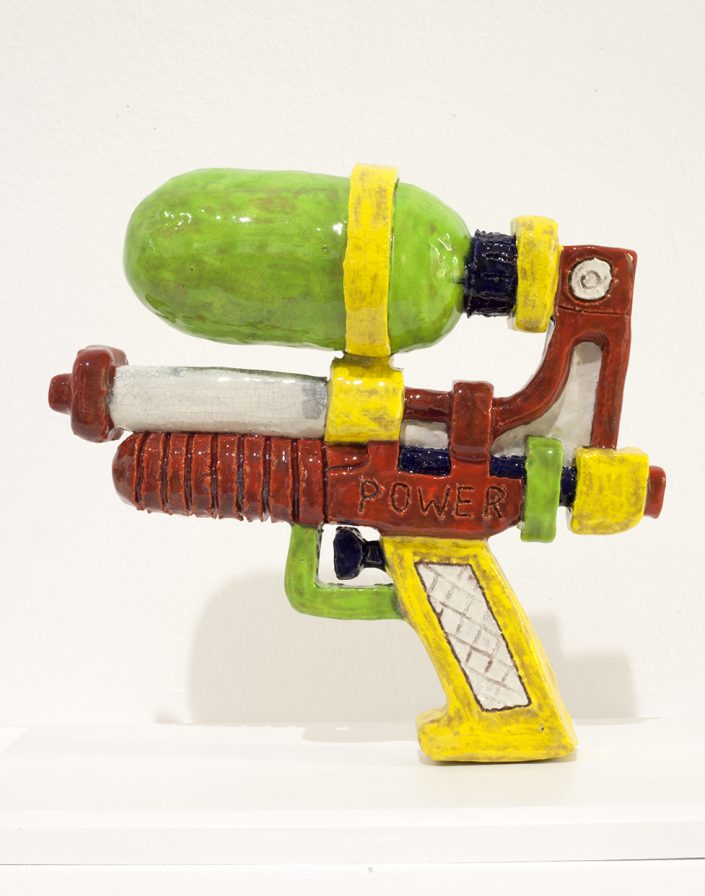 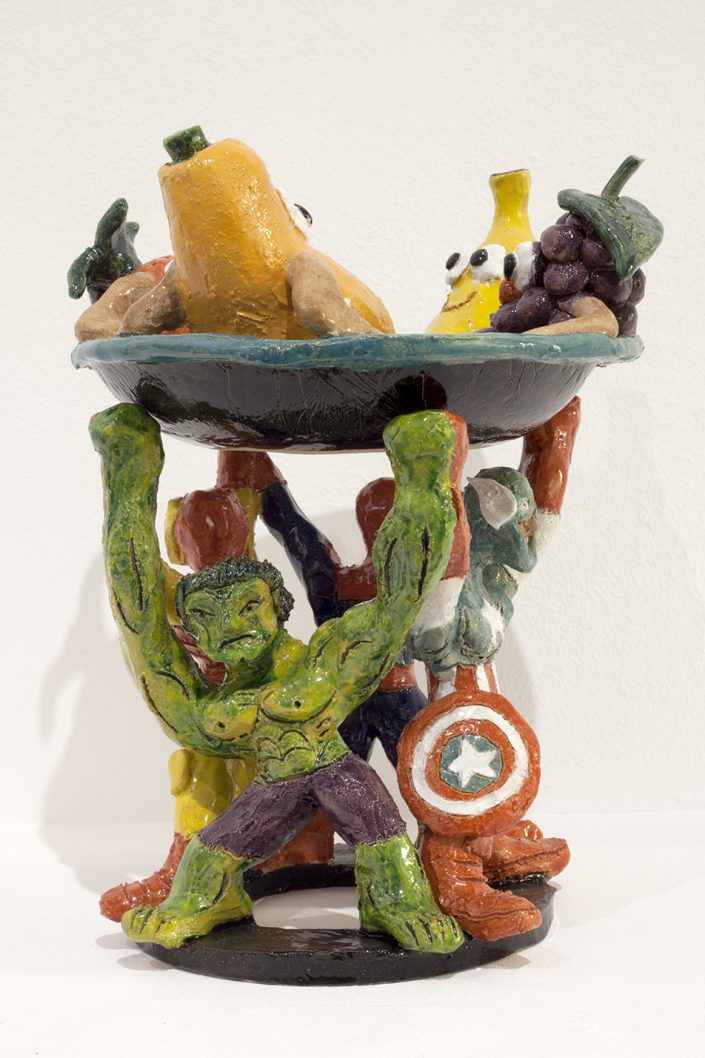 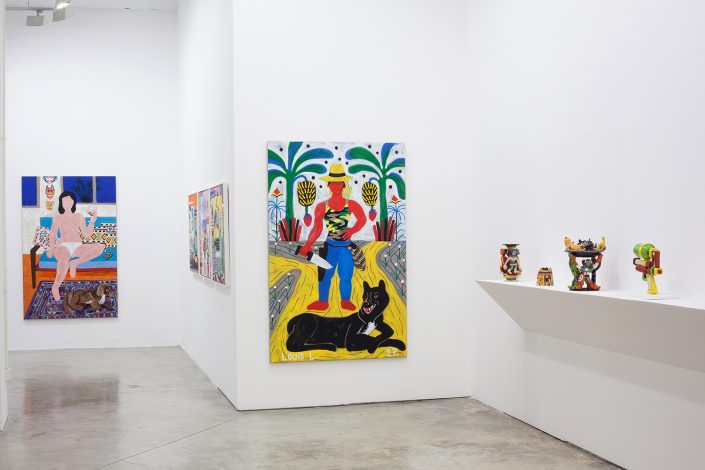 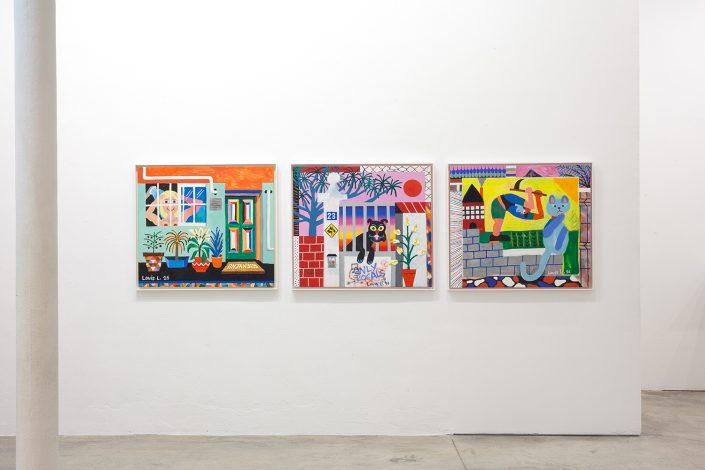 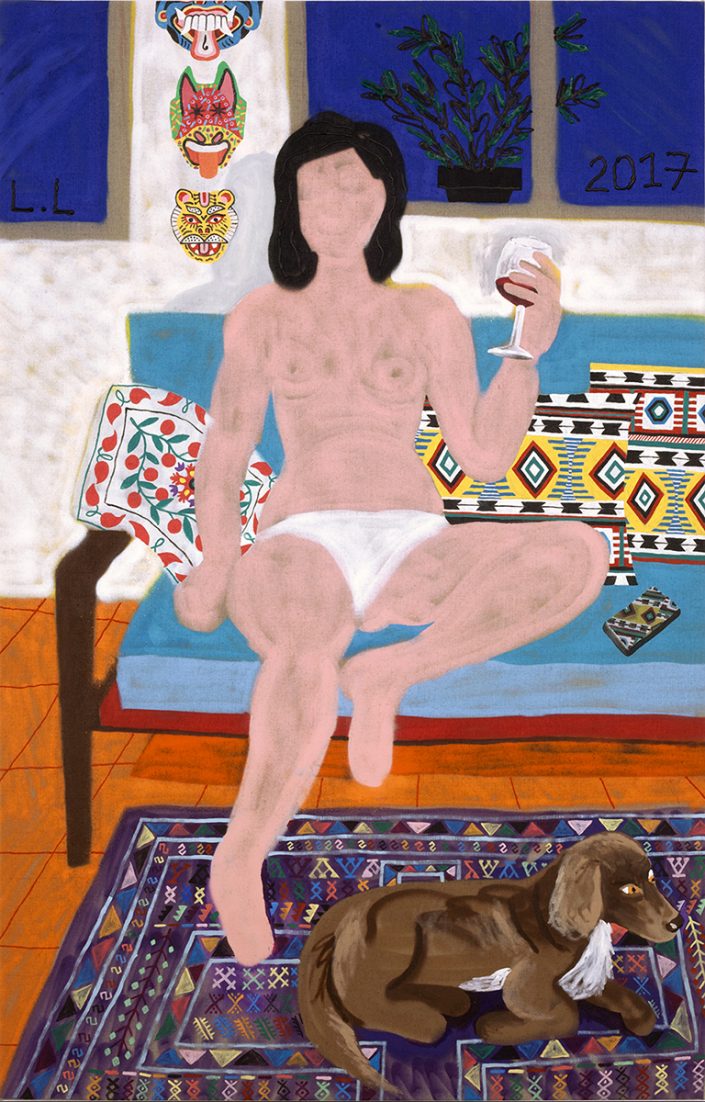 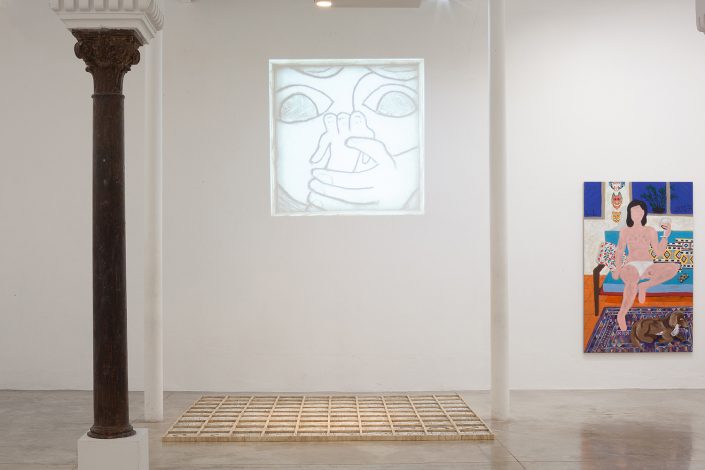 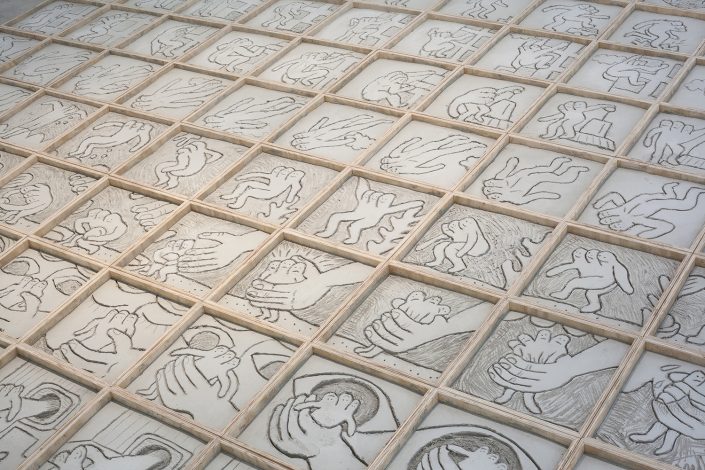 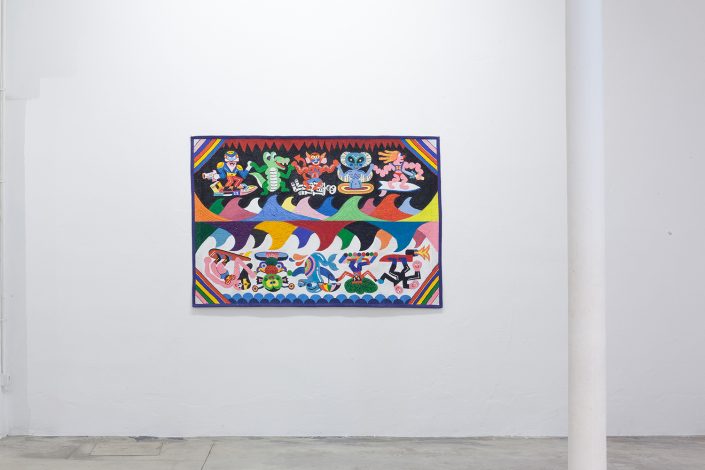 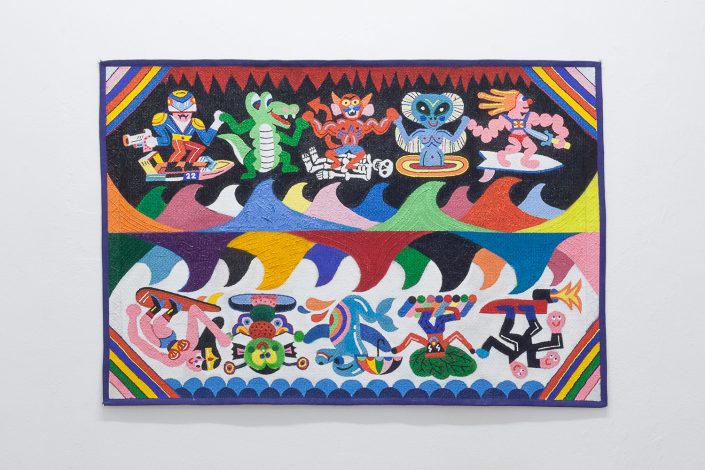 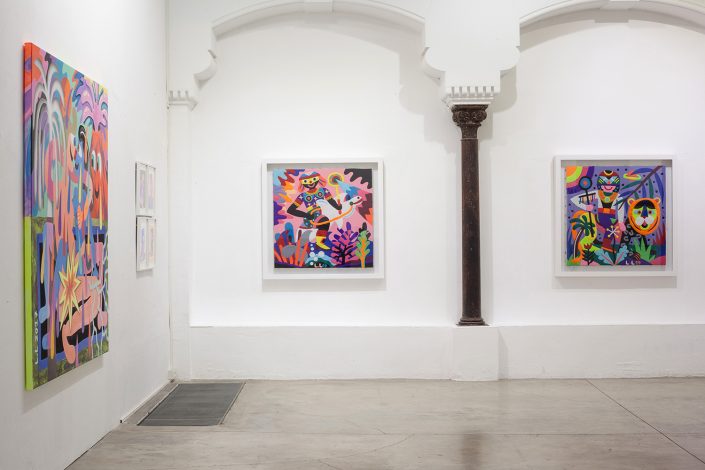 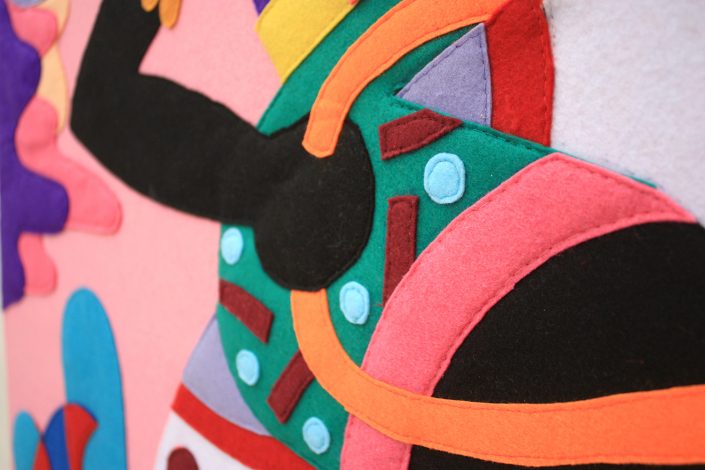 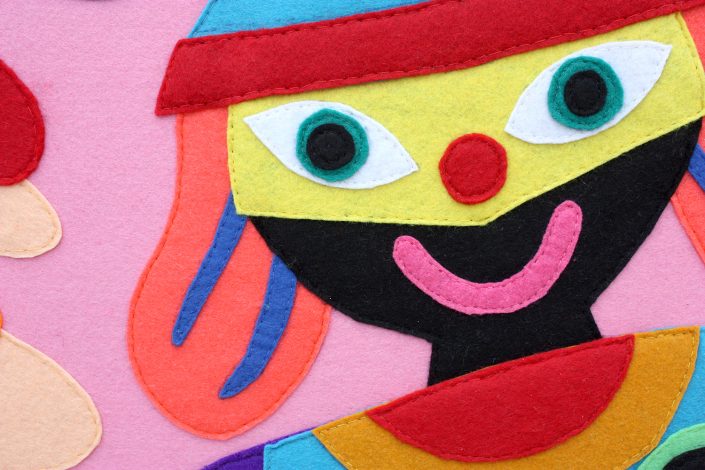 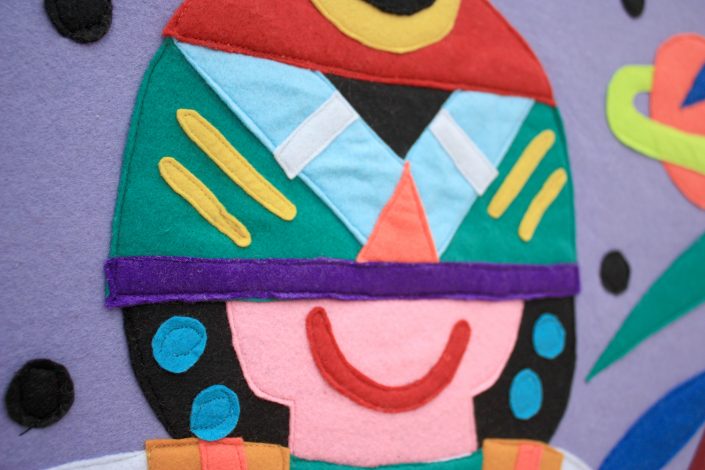 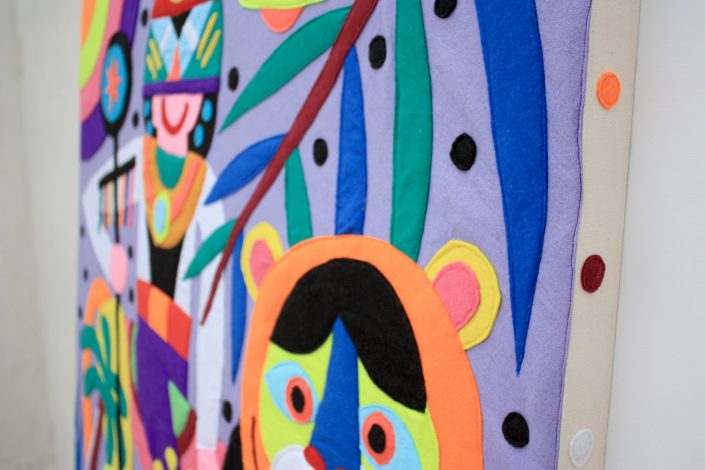 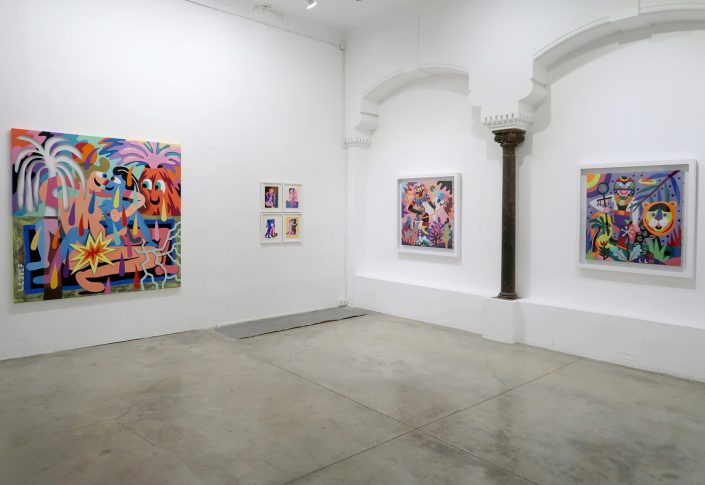 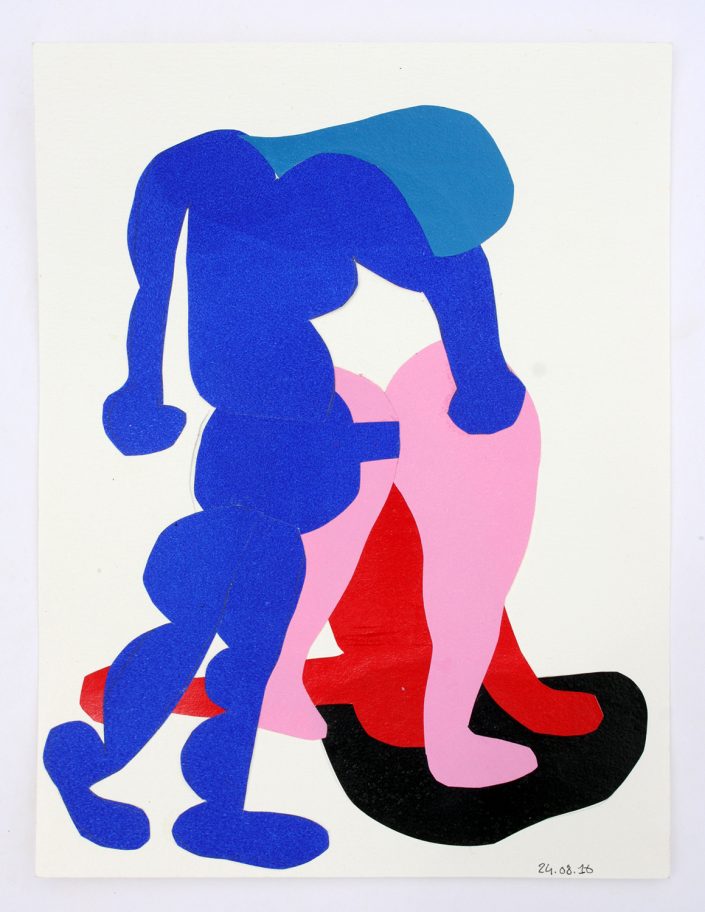 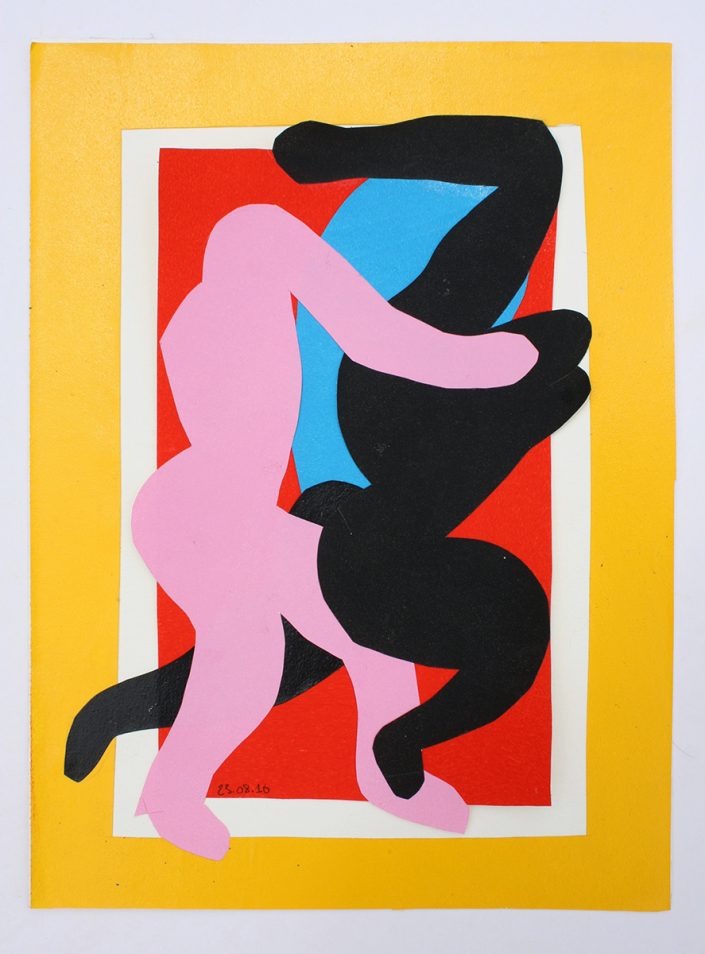 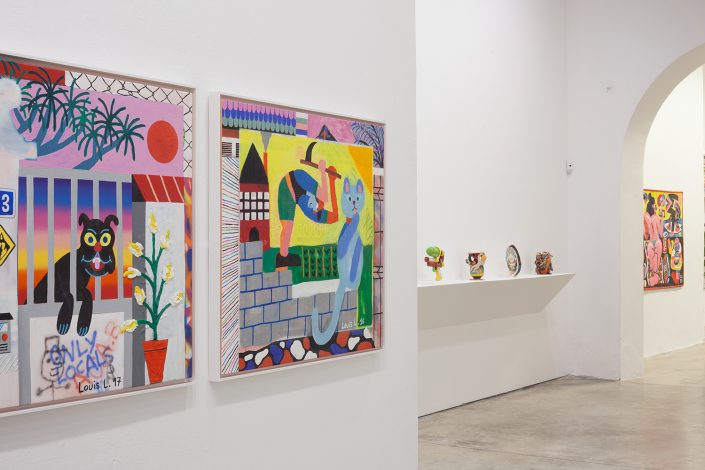 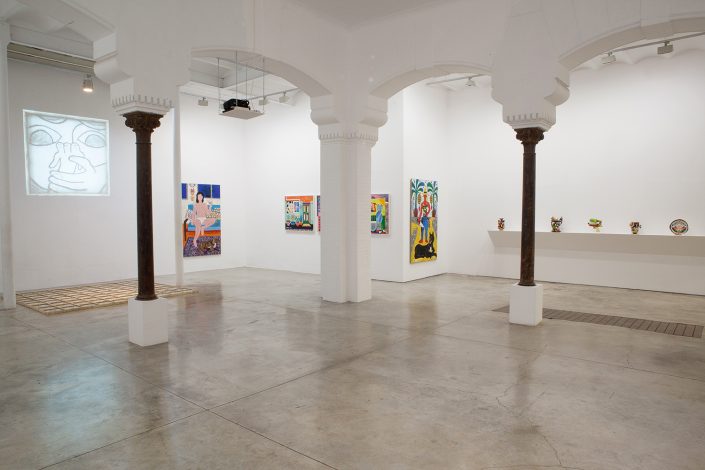 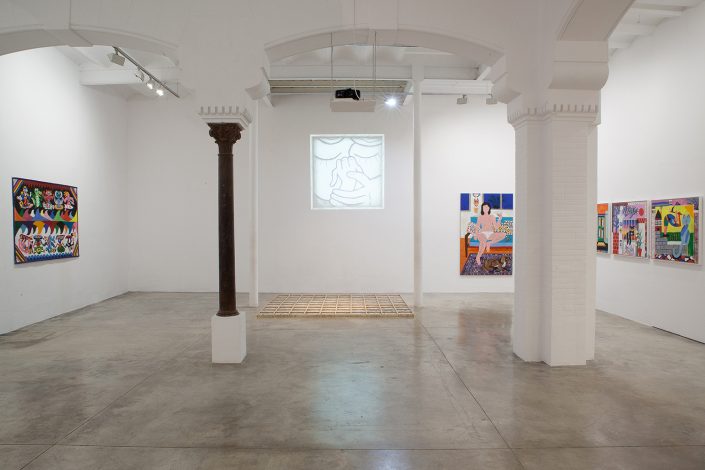