Vigo Ciudad de color is an urban art festival that is held every year in Galicia since 2015. I had the opportunity to participate during the 2018 edition with my mural “El conquistador y la sirena” – The conqueror and the mermaid.

Vigo is a city turned towards the sea so I decided to paint a maritime theme. The chalice is the institutional symbol of the city that you can find on the flag and the siren is (in my mind) a more populistic representation of Vigo’s people due to an unofficial logo from the beginning of the 20th century. The conqueror represents the invaders who during history tried to conquer the city but failed because at the end, celtic culture remains anchored in people’s minds and hearts. 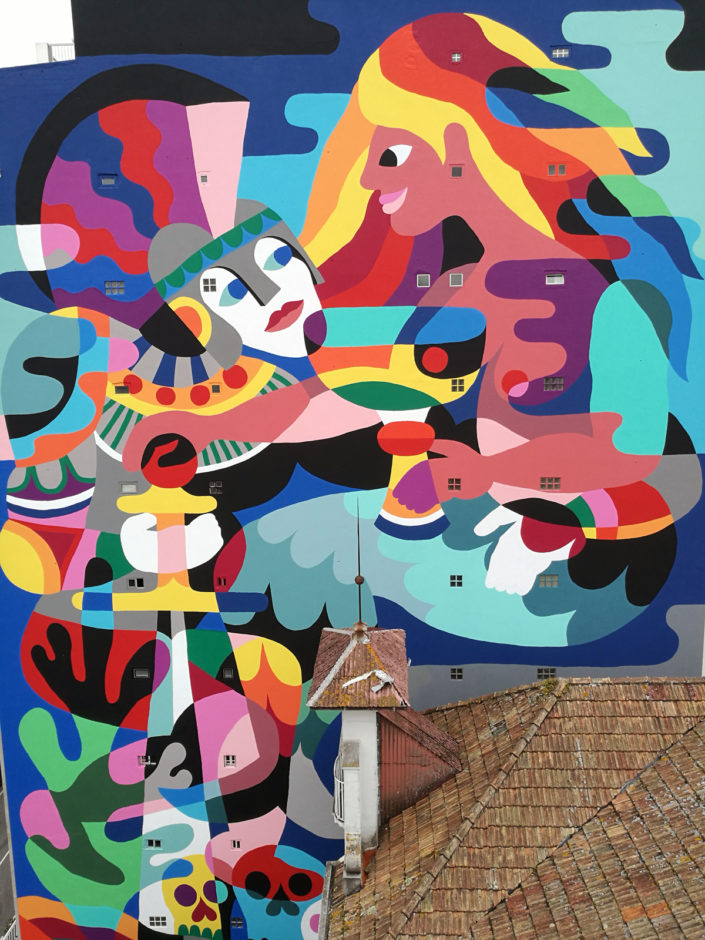 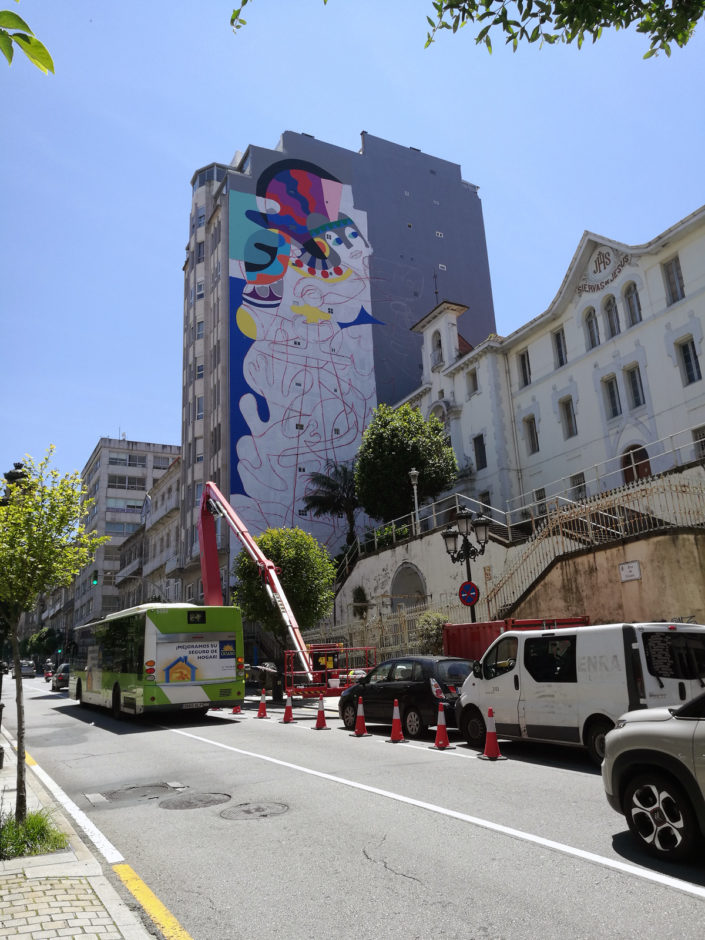 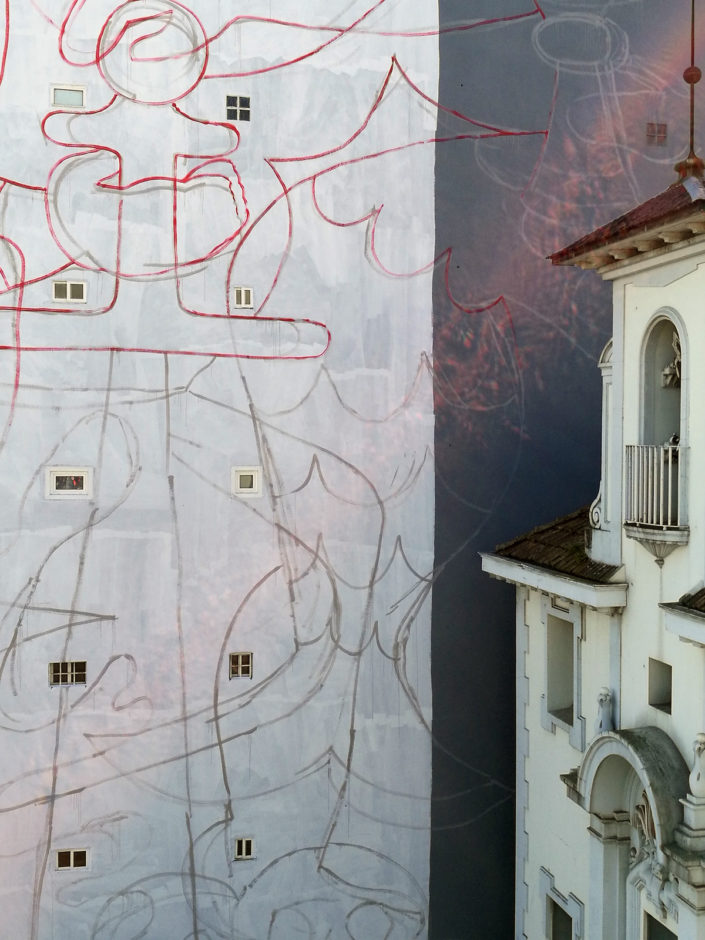 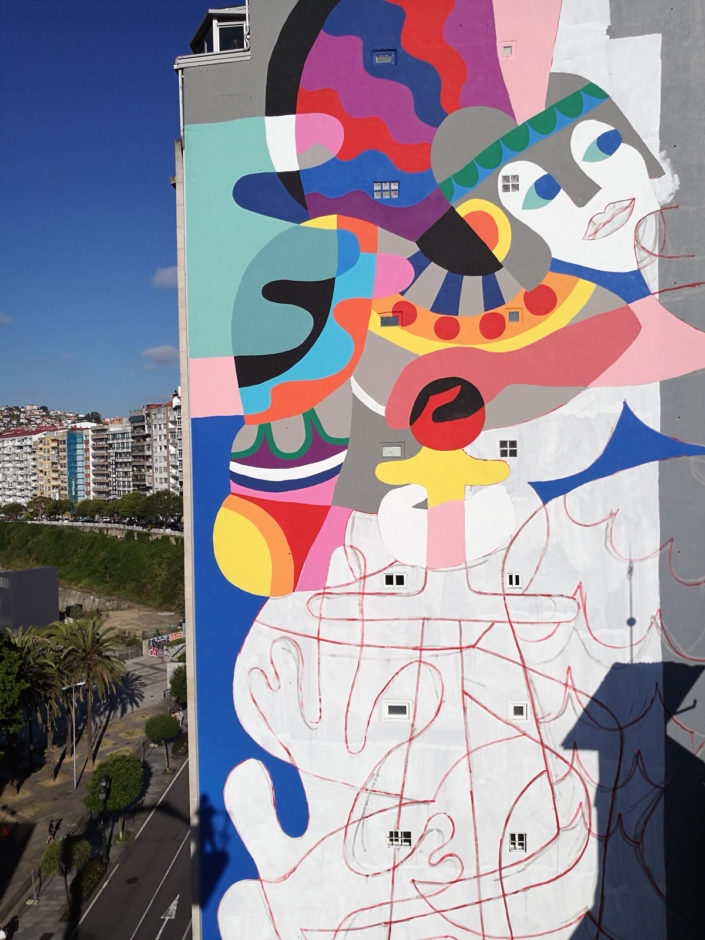 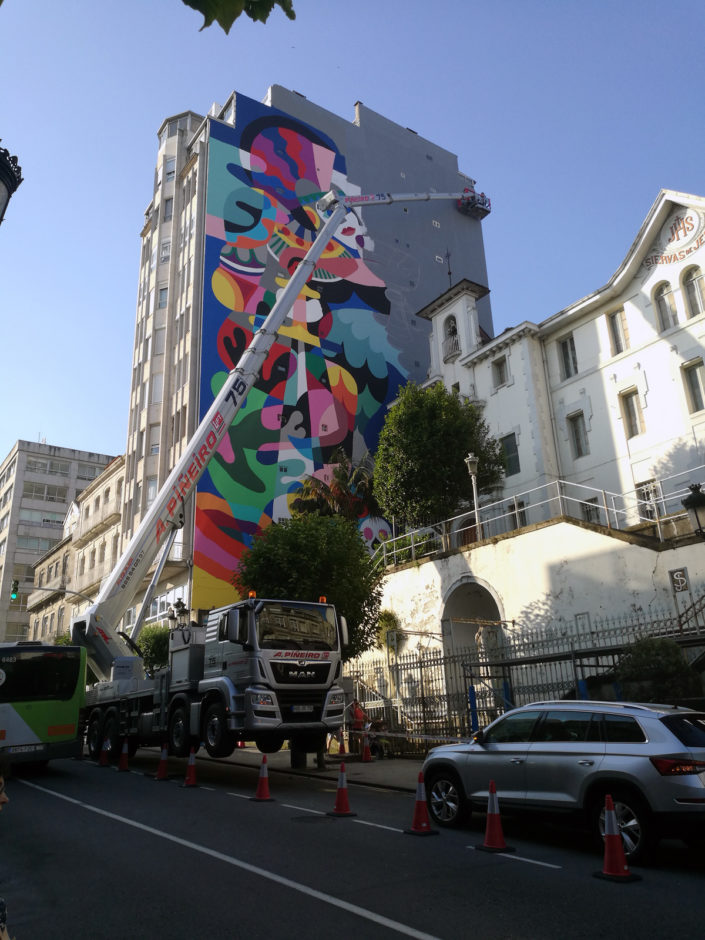 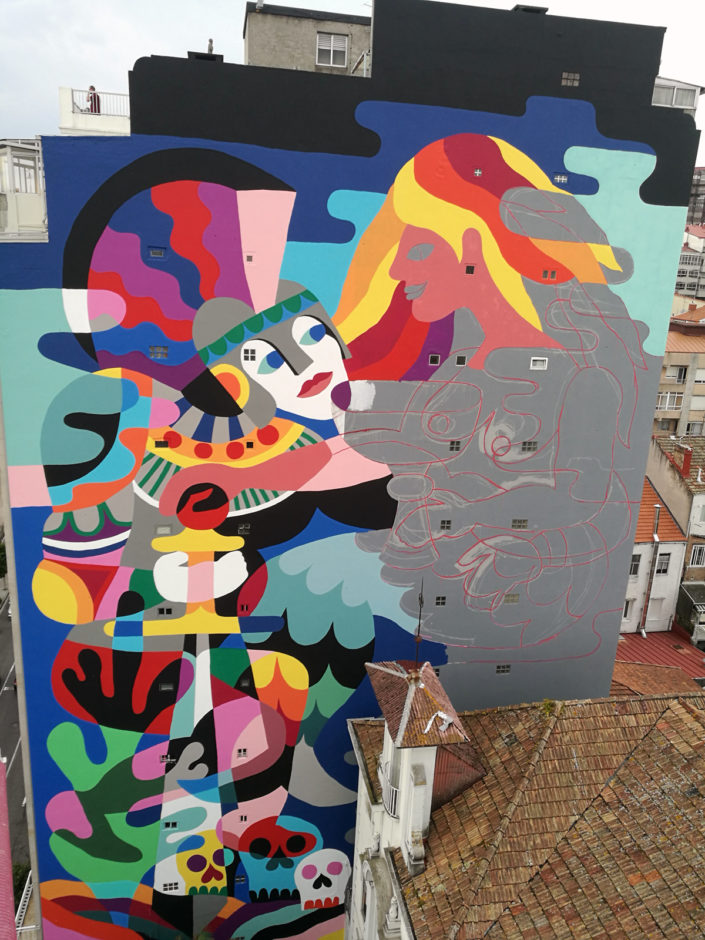 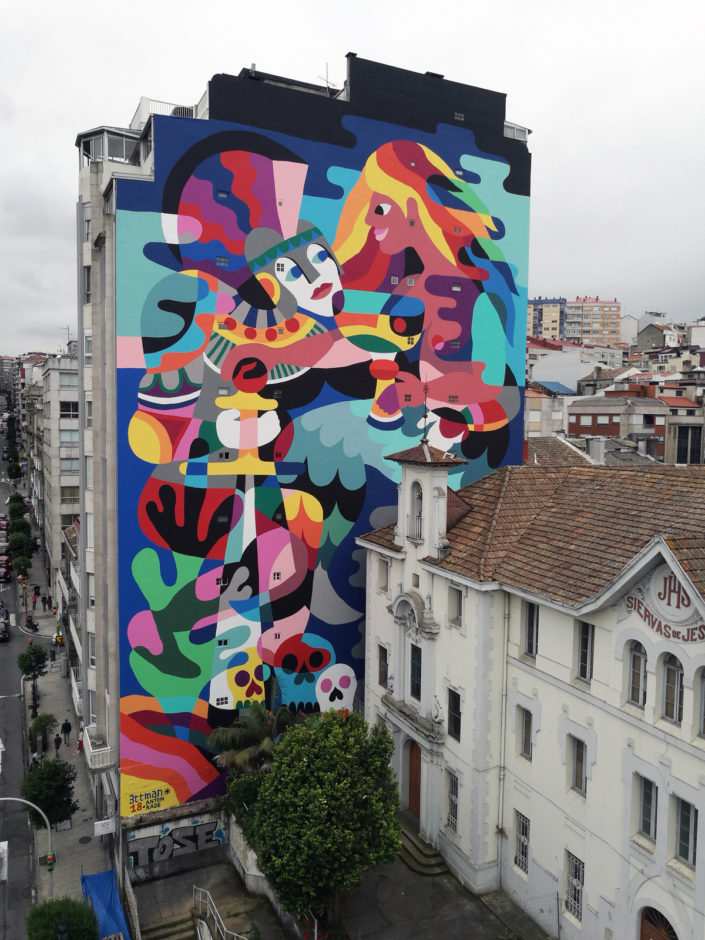 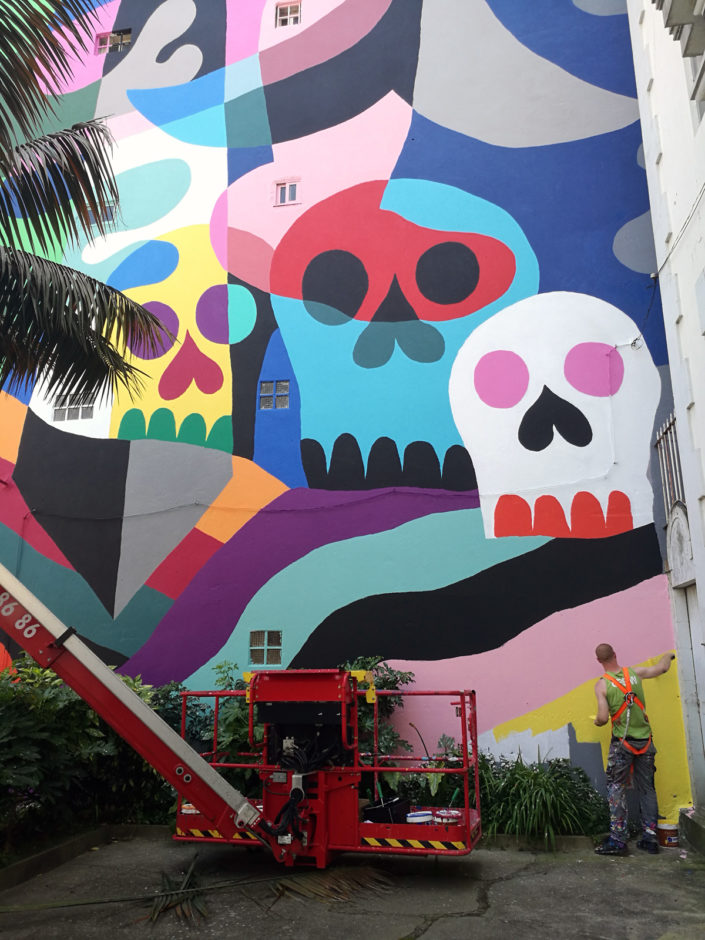 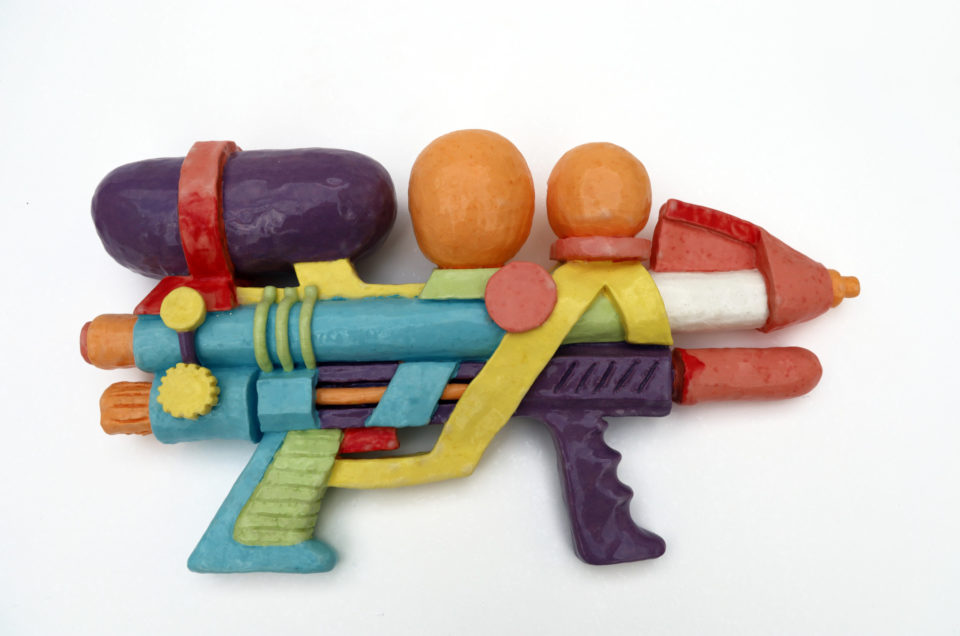 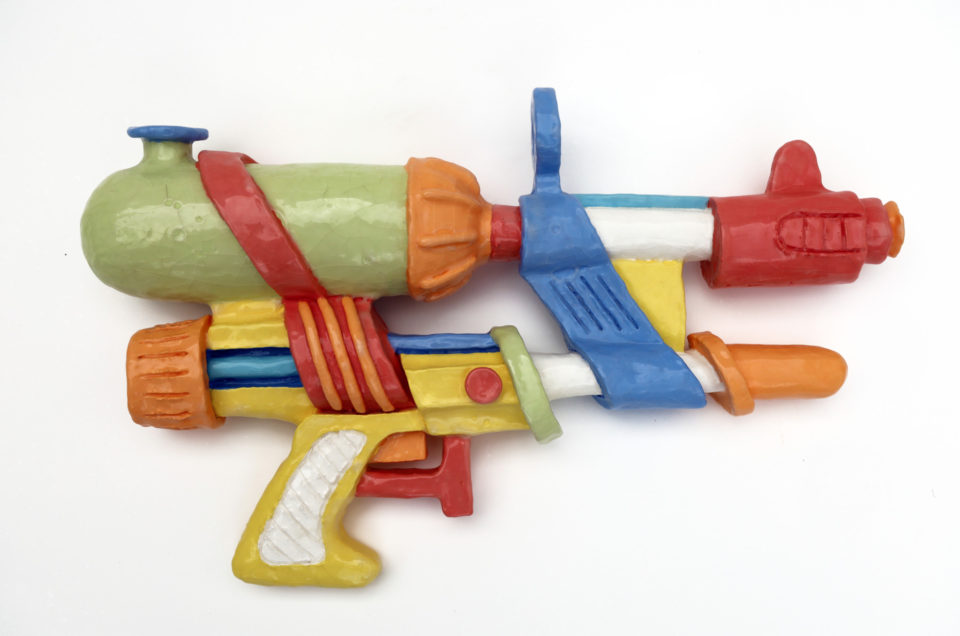 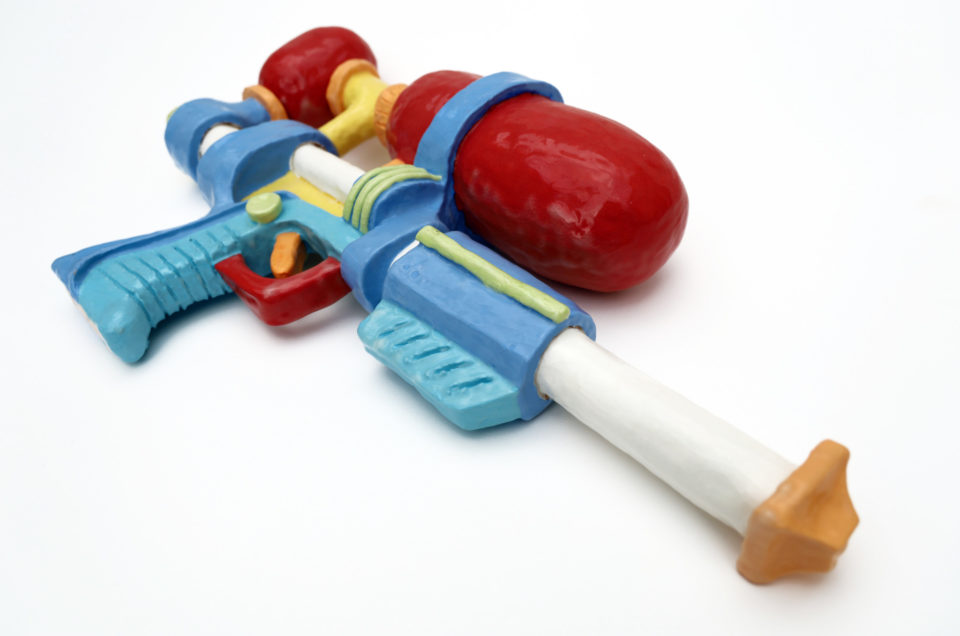