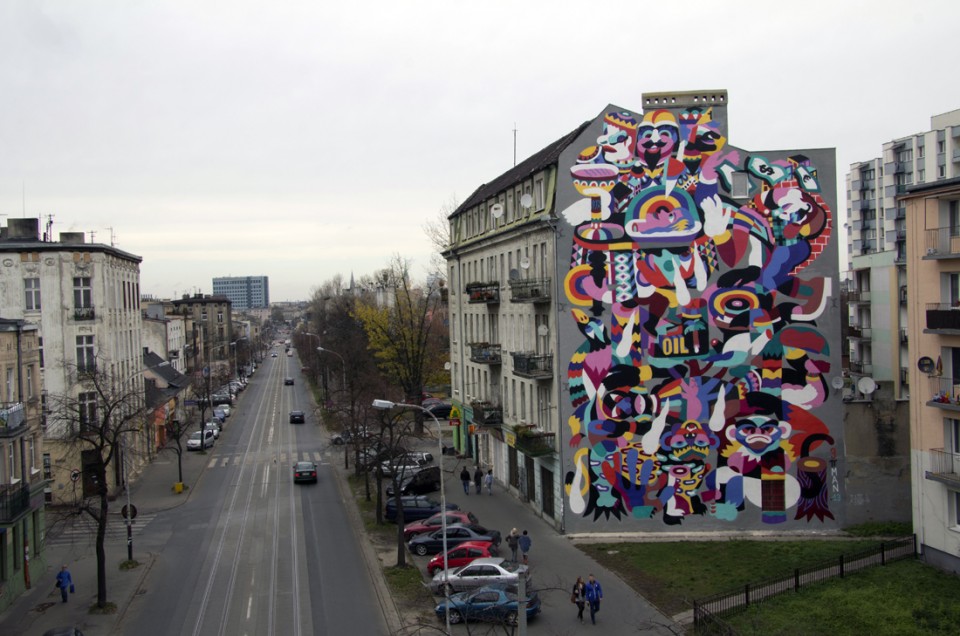 Last of the Big-walls-summer-mission in Lodz, Poland. I was invited by the Urban Forms Foundation to participate this year in their festival, my wall is along some great other murals done by Remed, Os Gemeos, Aryz, Kenor, Roa, Etam crew… and plenty […] 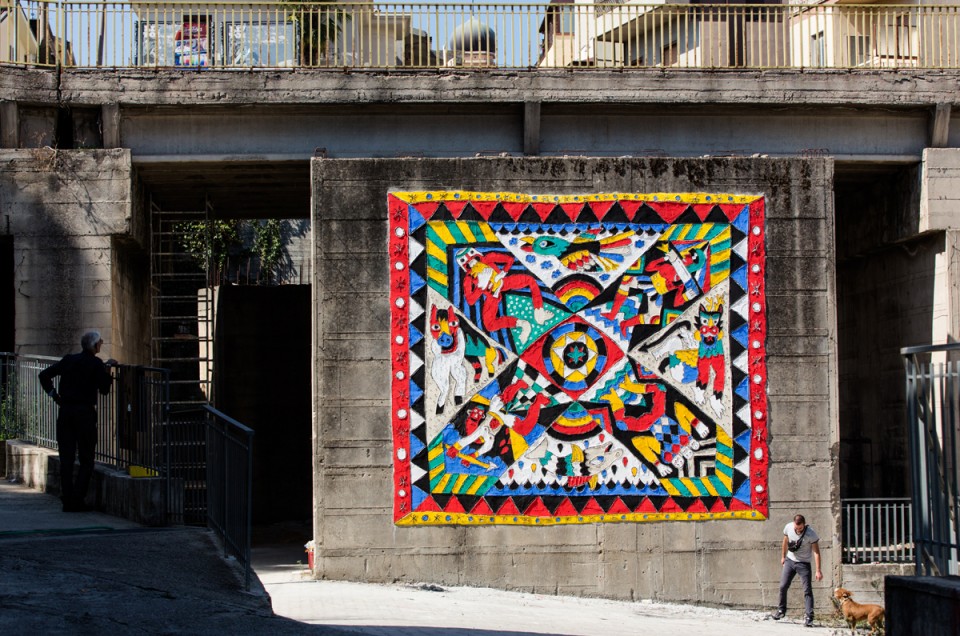 Rosarno is a small town down south in the “heel” of Italy. There was a riot involving immigrants in 2010 that spotted the town on the news for a few days. It is a bit depressed city, assaulted by unemployment and social […] 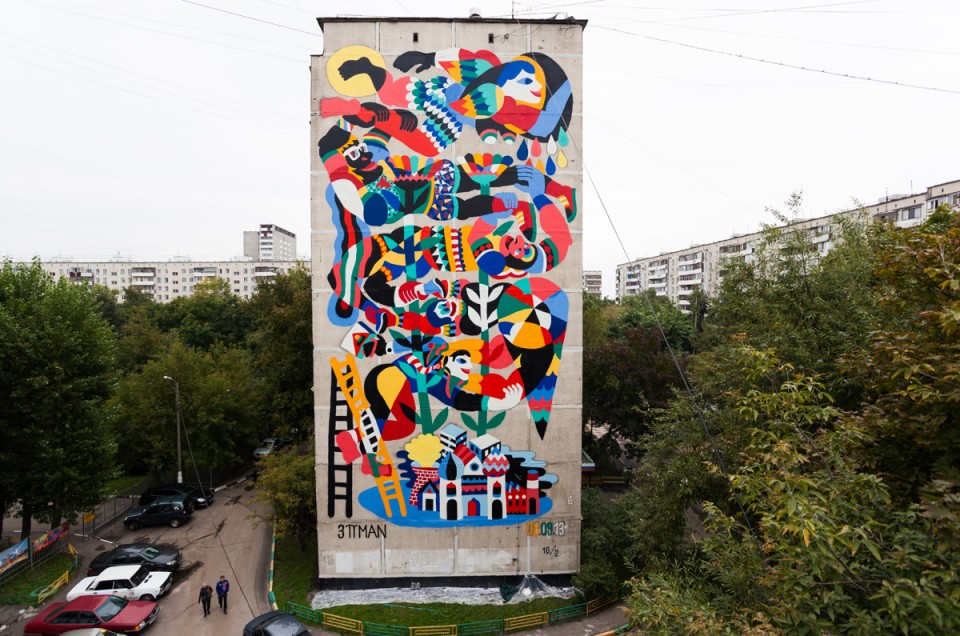 Continuing the summer mission, just after Atlanta, I was invited by StreetKit and headed to Moscow. Once again I had a BIG wall to paint in 2 weeks in the suburbs of the city. It took some times to get the permission […] 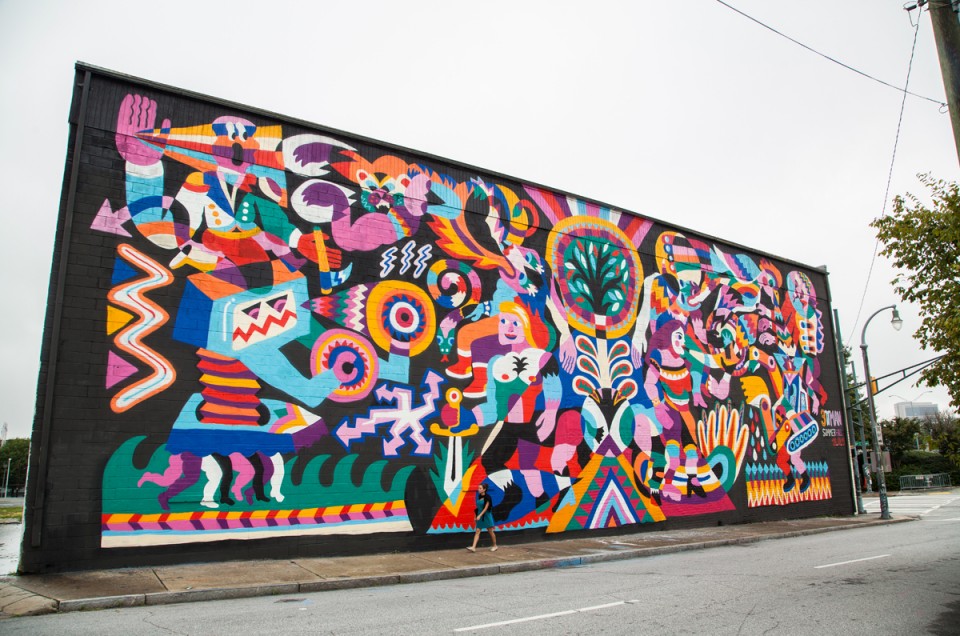 During the beginning of august takes place the Living Walls festival in Atlanta. It’s been going for years now and the city has got some impressive murals, the organization is perfect and the atmosphere around the hole thing is incredibly smooth. I […] 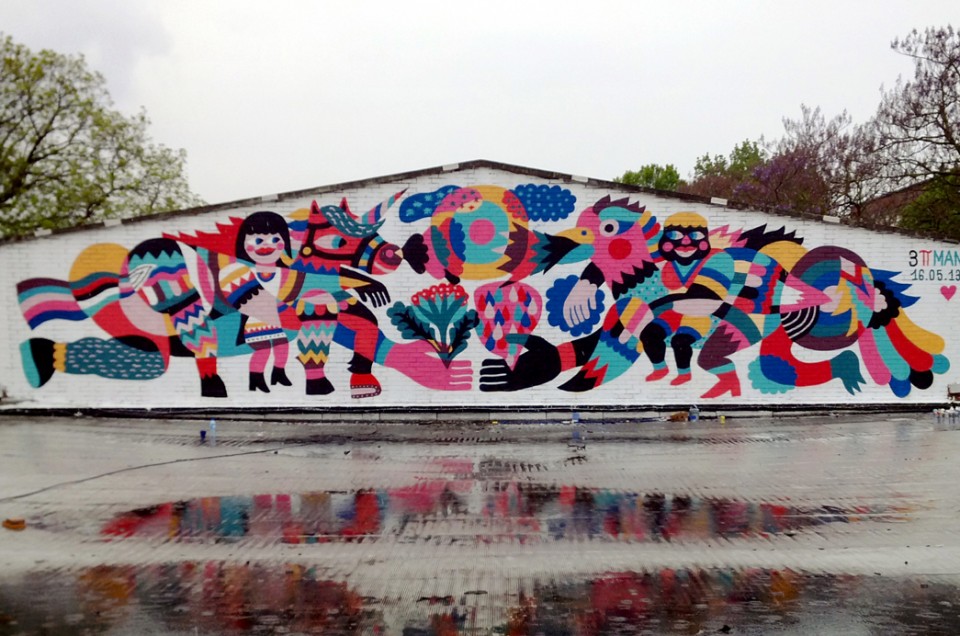 Back to white wood

I went back to my hometown Lille to paint a mural for the Biennale internationale d’art mural. My wall was close to my friend Remed’s one, the neighborhood called Bois Blancs (White Wood in french) used to be a bit conflictive […] 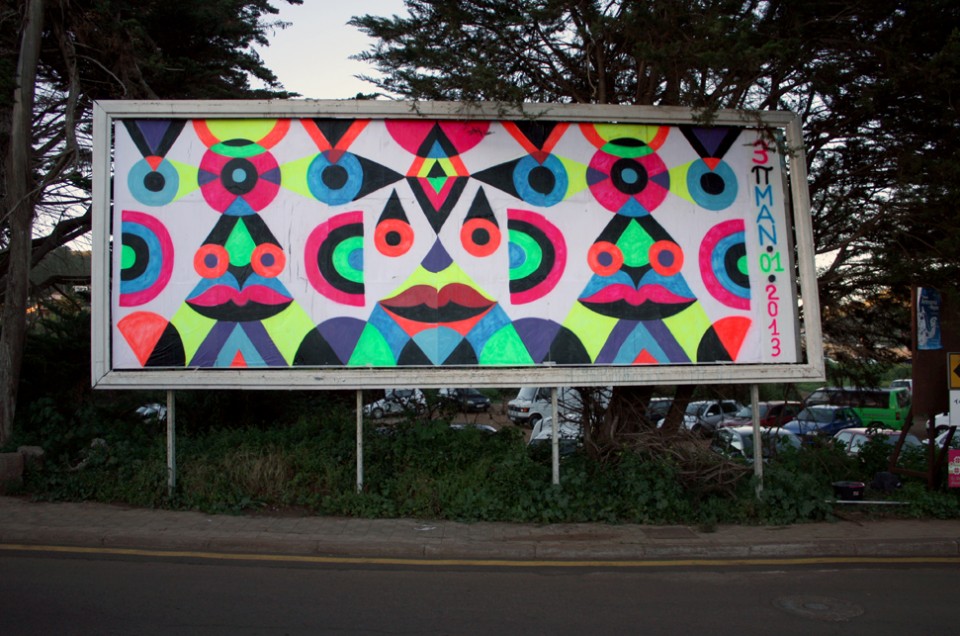 I had noticed that wonderful spot since I arrived in Tenerife. By the rests of papers on the billboard, I would say there once was a political propaganda pasted… I thought that, in times like these, people might fancy some […] 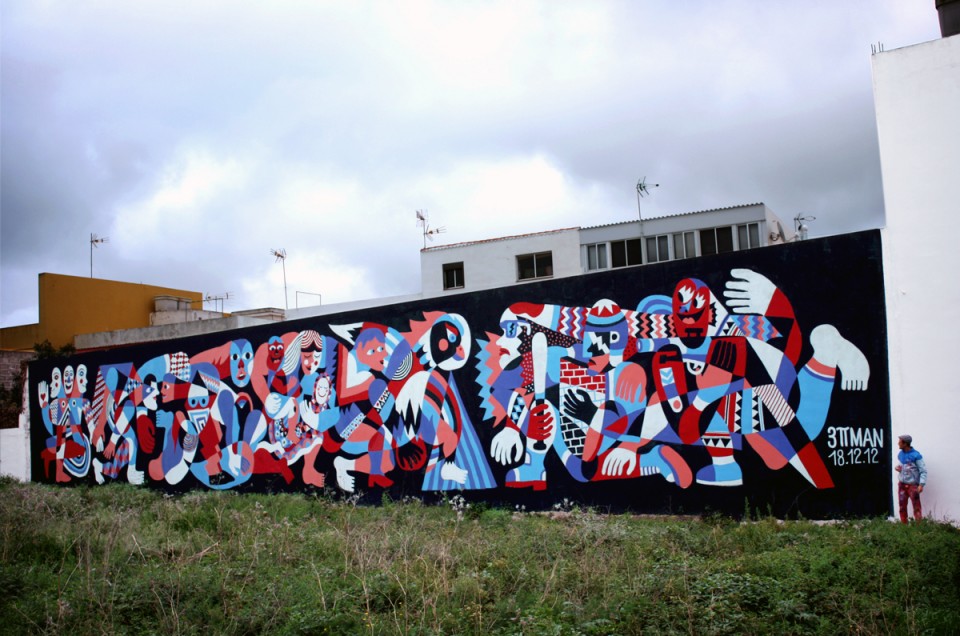 I moved out to Tenerife 2 months ago; there are plenty of abandoned walls close to where I live so I decided to speak with the neighbors to get the permission to brighten up the area with some colors. It […] 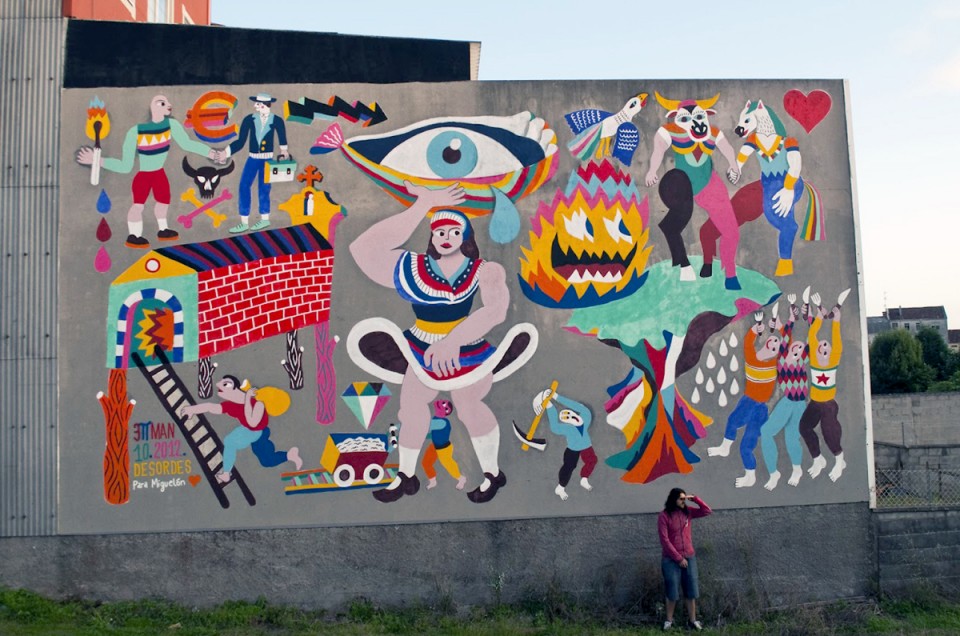 Mother nature is being mugged

I went to Galicia for the Desordes Creativas 2013 festival in which were participating artists like Liqen, Blu, Nano4814, Ericailcane… amongst many others. I love this land and its people, you can feel the power of nature there… and as everywhere else politicians and greedy people […] 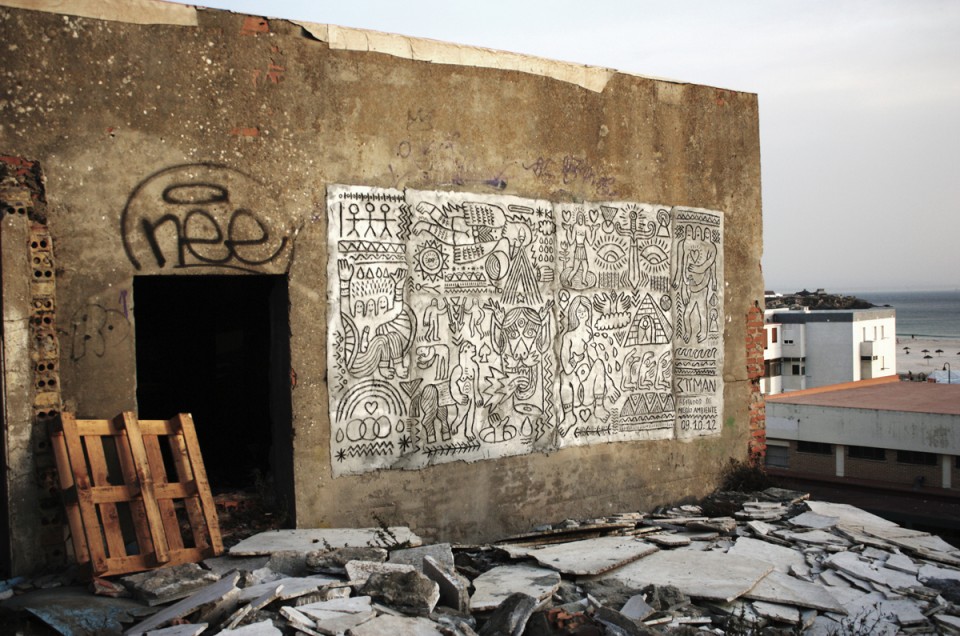 This summer I went to visit my brother in Tarifa, I already had this spot in mind and it got to windy to go to the beach. Lucky me, there was a construction store near by… Morality: If the wind […] 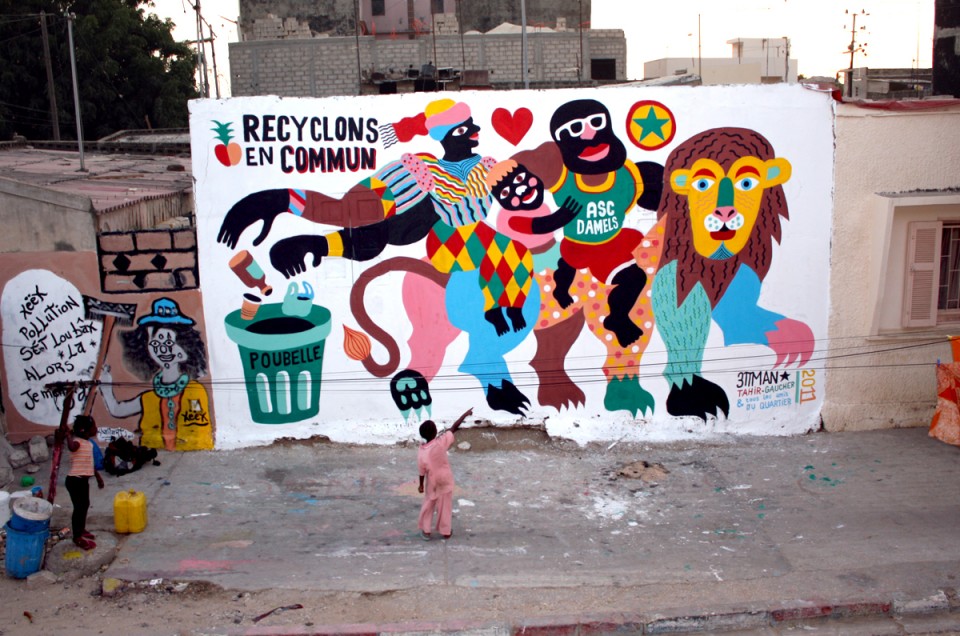 I have had the luck to be invited to the Xeex (which means fight in Wolof) Festival in Dakar. This time, the purpose was to sensibilize people from the medina with pollution: Xeex Pollution! Everything happened really fast and from one day to another I found […] 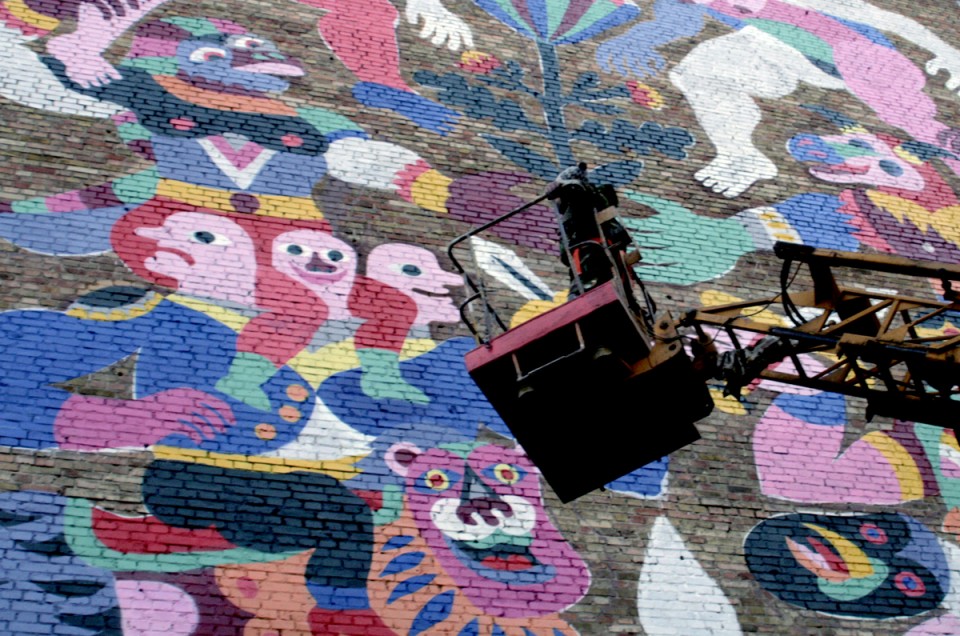 I have been invited by Muralissimo to paint a facade in Kiev. It was my first time in Eastern Europe and beside the great experience of painting a big wall like that I have been stroke by the hospitality and kindness of […] 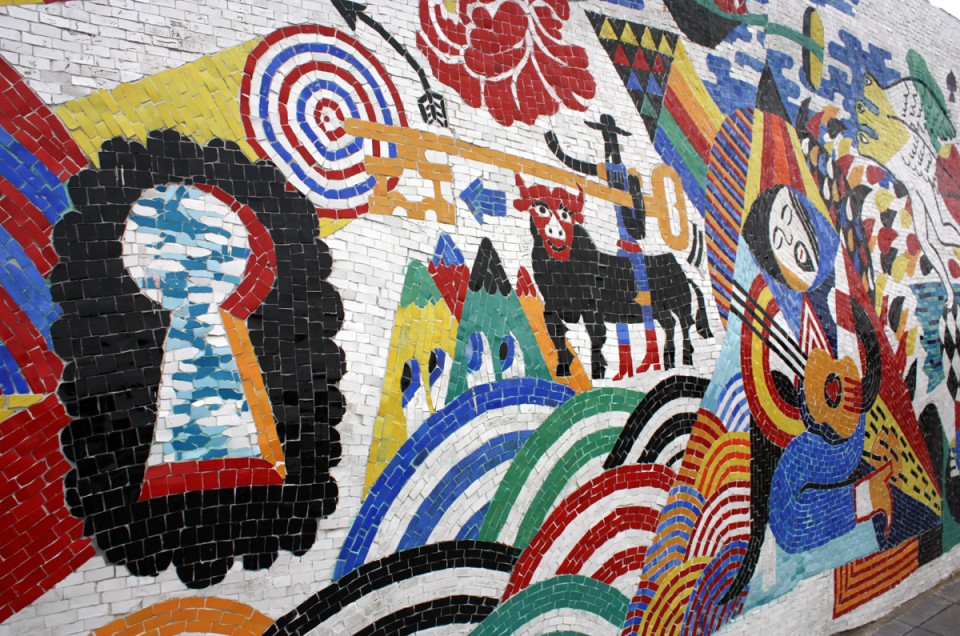 I spent almost 2 months in Hanoi doing a 30 meters long mosaic, invited by the Spanish embassy as a part of the “Hanoi 2010 Milenium Mosaic Mural”. After doing some sketches, I decided to spontaneously draw on the floor using […]