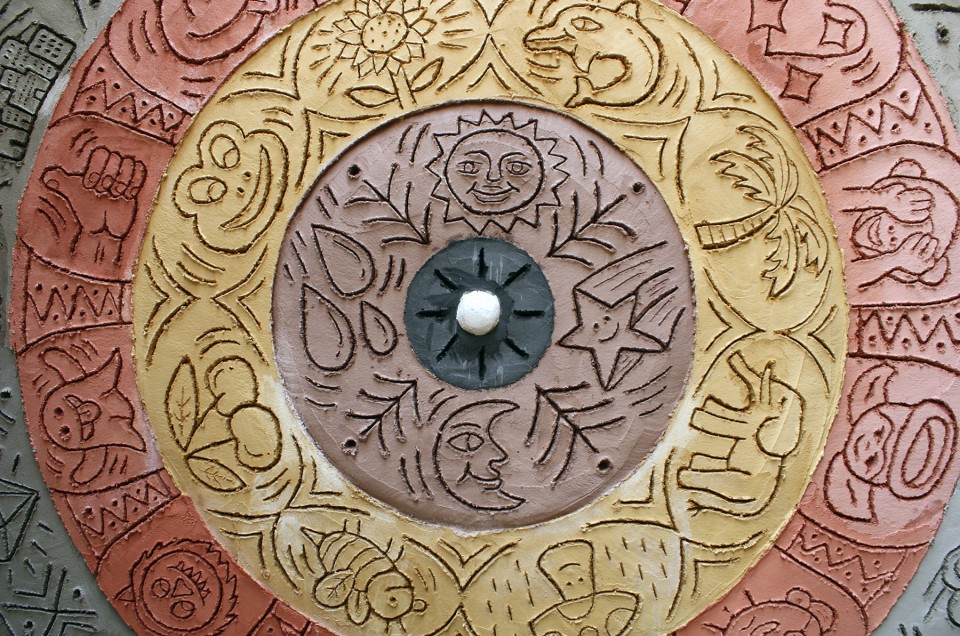 Still working with the emojies and the communication with images instead of writing to create a bridge between parietal art and contemporary art; but this time tinting the cement with natural pigments used for the Lascaux’s restoration. The theme is […]

This is the first piece for the Dédale (Festival d’art actuel) in the streets of Belvès. Belvès is a charming Village located in Périgord (France) which is considered as one of the cradle of Humankind as loads of major pieces […] 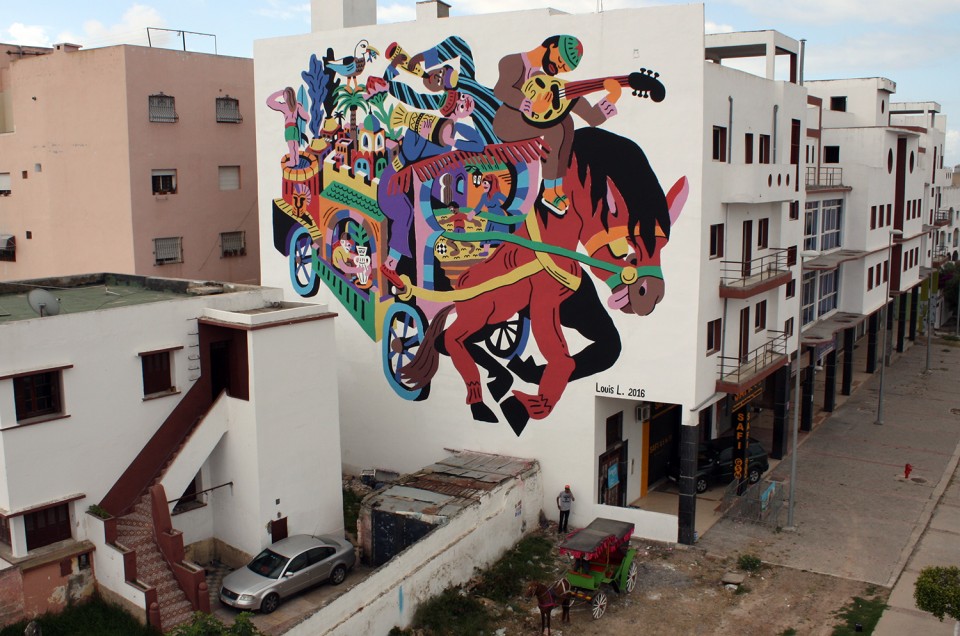 I had the chance to be invited for the street art Caravan in Safi. Morocco is truly a special place where the notion of time is very relative… So I took my time to enjoy the city and feeling its […] 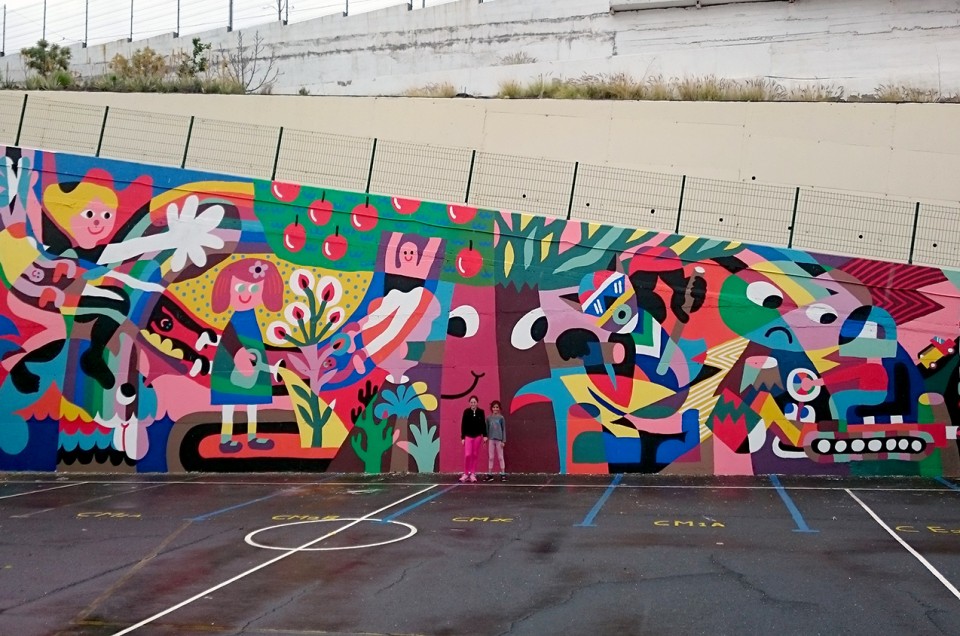 Thinking environmental with the kids

I’ve been invited to paint a wall in the French School (Lycée Jules Verne, Santa Cruz) of Tenerife. The purpose was to have a direct interaction with the kids in terms of exchanging ideas. For that I had several meetings […] 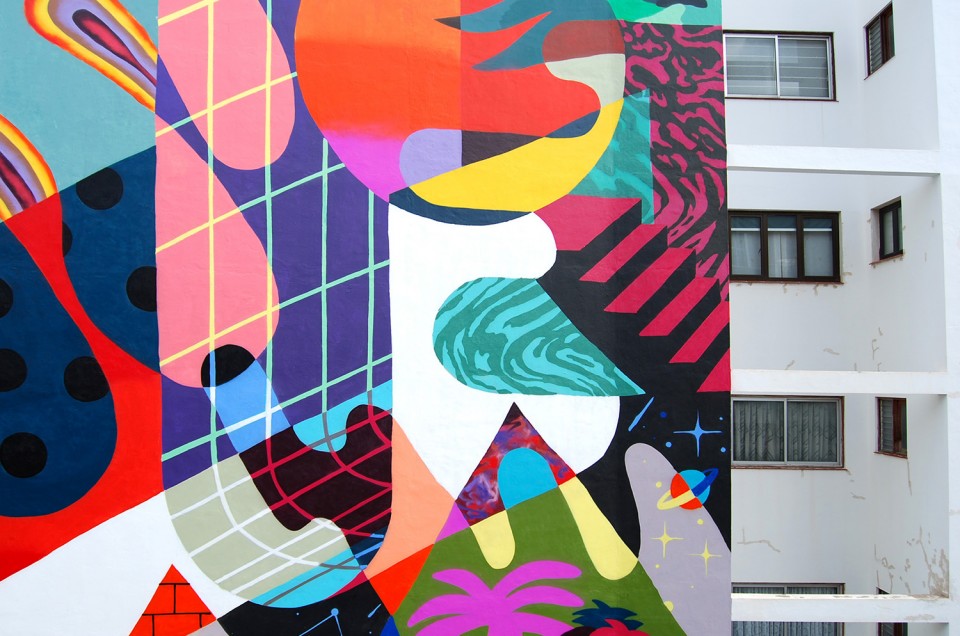 We made this big wall with my fellow island resident Mur0ne in the center of Santa Cruz de Tenerife. That mural is our interpretation of a landscape of Tenerife island. 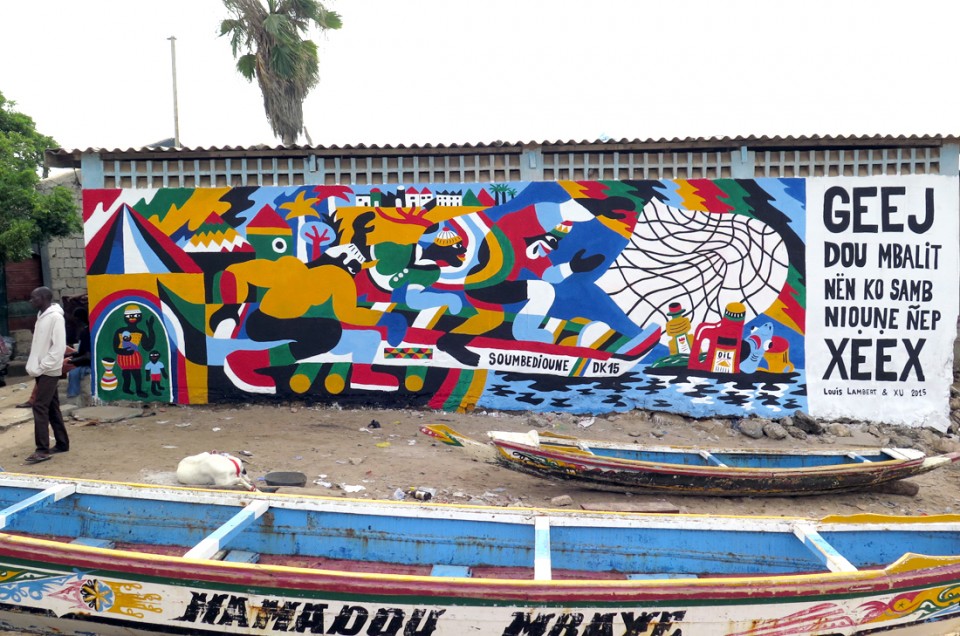 I went back to Dakar with the XEEX (‘fight’ in wolof) organization which aim is to bring color to the picturesque neighborhood of the Medina and sensitize people with environmental problems. This time, I found this great spot in the […] 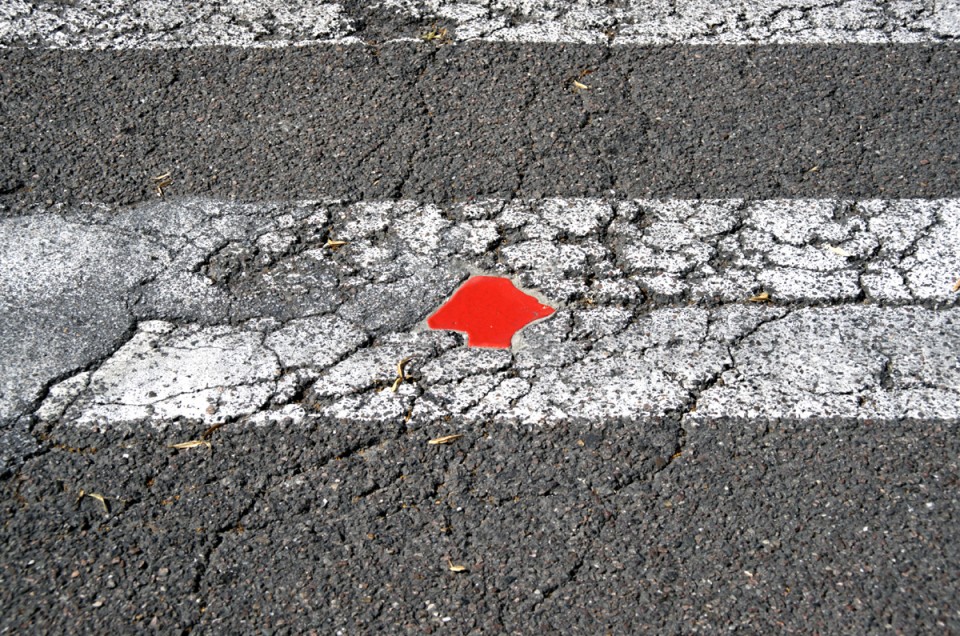 I have been invited to participate in the Bien Urbain 2015 street art festival that takes place in Besançon (France). My intervention consists in placing ceramics where there used to be holes on the ground, it’s a manner to fix the city […]

Meanwhile I was working on the ‘Mirages’ installation I had some spare time to do some cement goodies for Bien Urbain 2015. On the abandoned military barracks I misappropriate an old Pétainist’s slogan that says ‘Travail, Famille, Patrie’ (Work, Family, Homeland) and turned […] 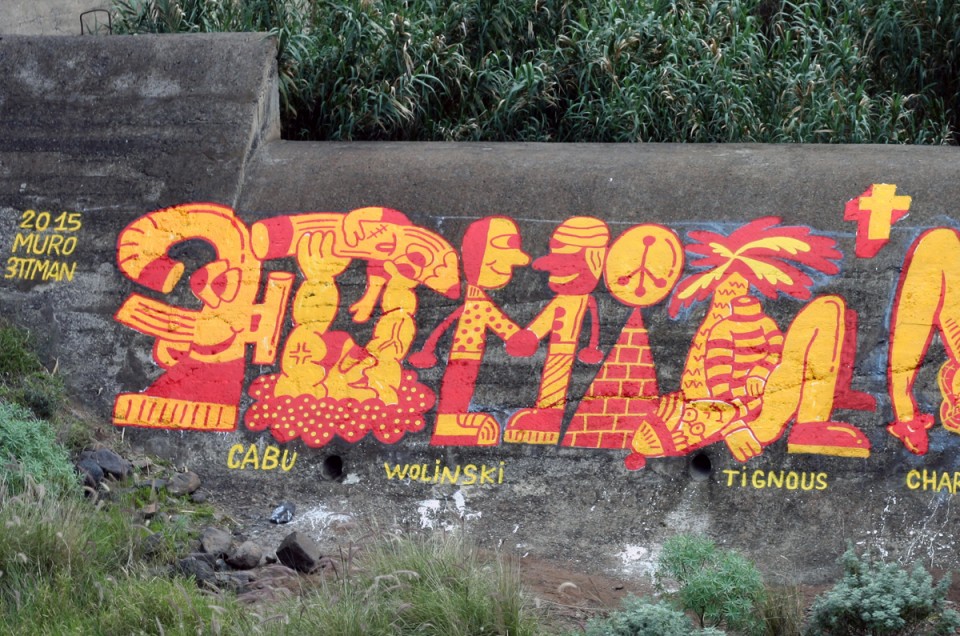 Bajamar, where I live in Tenerife, is the perfect place for surfing and messing around on abandoned walls… I love it here! 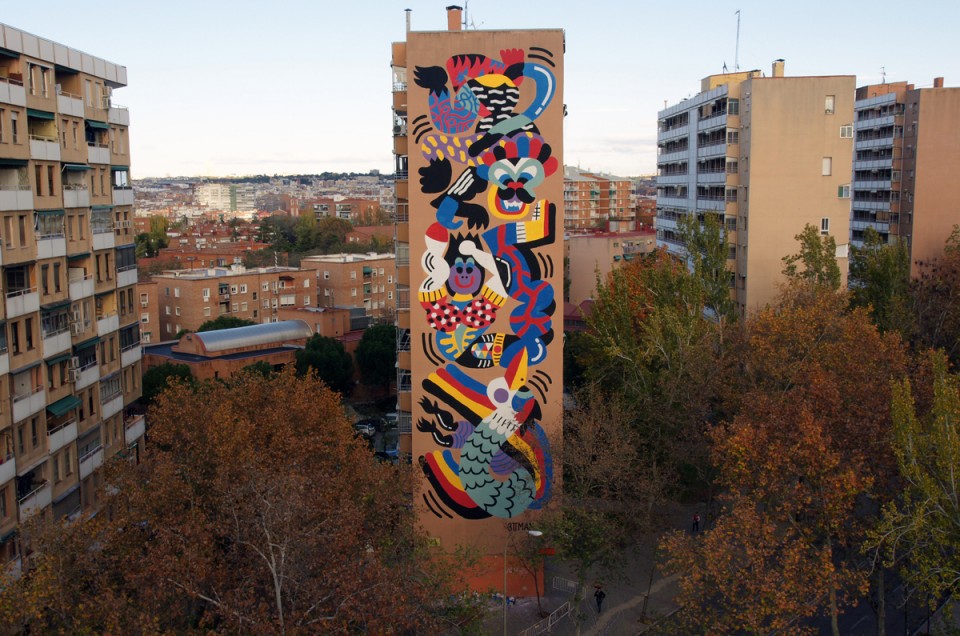 I had seven days to work and that massive wall, every shape on that mural is absurdly huge and the weather has not been quite cooperative so I was really happy we could make it. While sketching I was feeling […] 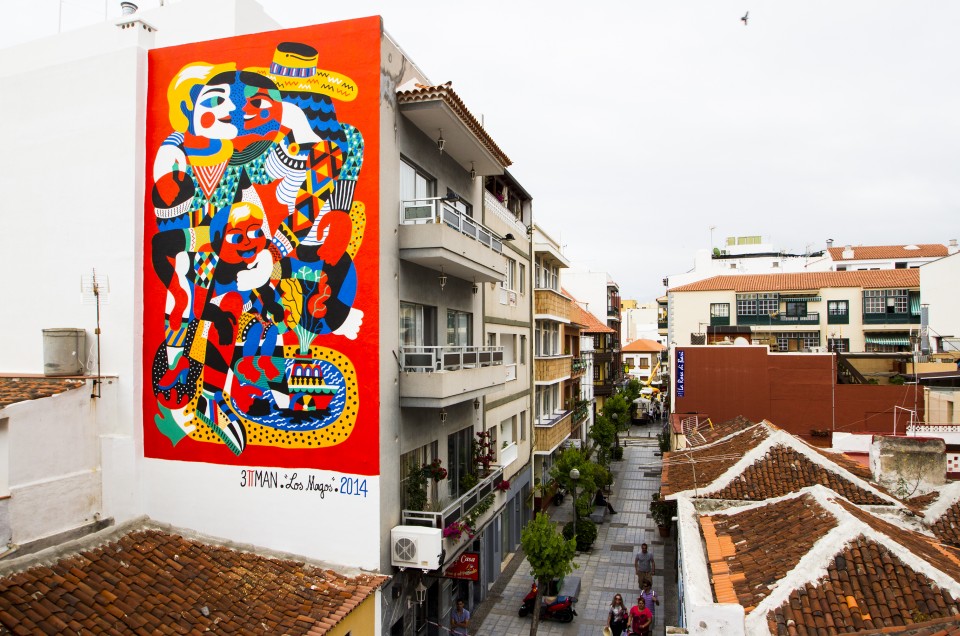 MUECA is a Street Art festival that takes place in Puerto de la Cruz, Tenerife. ROA, el Niño de las Pinturas, Victor Ash and Kob were part of the line-up. Tenerife is the island where I’ve been living for the […] 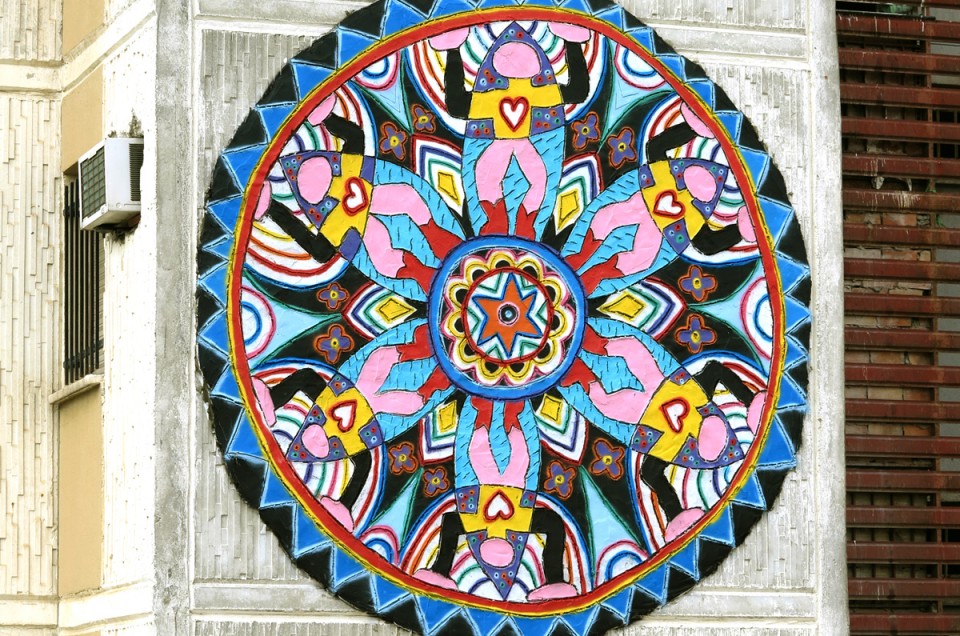 Delimbo gallery organized the event “Un tatuaje en la piel que habito” (trans: A tattoo on the skin I live in) in the “3000 Viviendas”, Sevilla. The 3000 viviendas or Las vegas is a famous gipsy neighborhood, known for its illegal activities… […]